Inmarsat Plans To Compete On Speed As Satcom Competition Heats Up 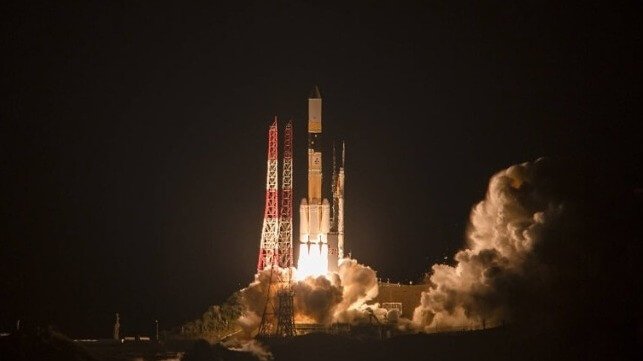 Inmarsat, the maritime satcom firm recently acquired by Viasat, is planning to speed up service by incorporating low-earth orbit (LEO) satellites and 5G into its operations. Its familiar network of geostationary satellites will still be a mainstay of its business, providing broadband to maritime and commercial customers, but – together with its new parent company – it is joining an increasingly competitive field of operators of low-cost, high-speed LEO satellite fleets.

Low-earth orbit is closer to the ground, and satellites in this region can deliver a lower-latency (less-delayed) connection for the end user because the signal path is shorter. For users at sea, this means faster and easier browsing for crewmembers, as well as nearer-to-real-time data for monitoring or controlling equipment remotely. Ubiquitous, high-speed satellite connectivity is a key factor in digitalization, automation and (on the cutting edge) the development of unmanned vessel systems.

Inmarsat and its parent company say that fusing its legacy geostationary satellite network with Viasat’s existing LEO constellation – and Inmarsat’s upcoming LEO fleet – will create new synergies to increase network performance. It calls the new concept “Orchestra,” and it will integrate multiple satellite constellations with terrestrial 5G service in order to create a “mesh” network delivering the “fastest average speeds and the lowest average latency” of any planned or existing competitor.

Inmarsat recently launched its first LEO demonstration satellite and has begun in-orbit testing. The objective is to investigate possibilities for LEO-to-GEO communications, which will allow the new hardware to exchange data with the existing GEO fleet.

The company is still investing heavily in its high orbit GEO constellation. on Wednesday morning, a Mitsubishi Heavy Industries rocket carried a giant Inmarsat-6 F1 satellite into orbit in a luanch from Japan’s Tanegashima Space Center. According to the company, the F1 series are the “largest and most sophisticated commercial communications satellites ever launched,” and they will serve existing L-band and Ka-band customers.

“We are not beholden to a single approach and believe that the best way to meet customer needs is a multidimensional approach that includes GEO, LEO and terrestrial 5G in a dynamic mesh that brings capacity to where it is needed in the most efficient way possible,” said Rajeev Suri, the CEO of Inmarsat.

Viasat and Inmarsat have a growing number of competitors in space. The Elon Musk-backed company Starlink is building a giant broadband internet LEO constellation, with engineering and launch services provided by Musk-owned rocket company SpaceX. Starlink is competing on price and service with cable broadband, promising consumers a flat rate, unlimited data and terrestrial-like performance. It began launching satellites in May 2019 and is currently serving about 140,000 households in 20 countries. Its first “fully mobile” user terminals are under development, with an eye to attracting customers in trucking, aerospace and shipping.

Separately, Amazon has announced plans to start building its own LEO constellation – “Project Kuiper” – beginning with two satellites at the end of 2022. Early contender OneWeb, which recently emerged from bankruptcy, is testing its own 200-strong LEO satellite fleet for the start of commercial service in the middle of next year.