Infrastructure For Treatment, Storage, And Disposal of Hazardous Waste At Alang 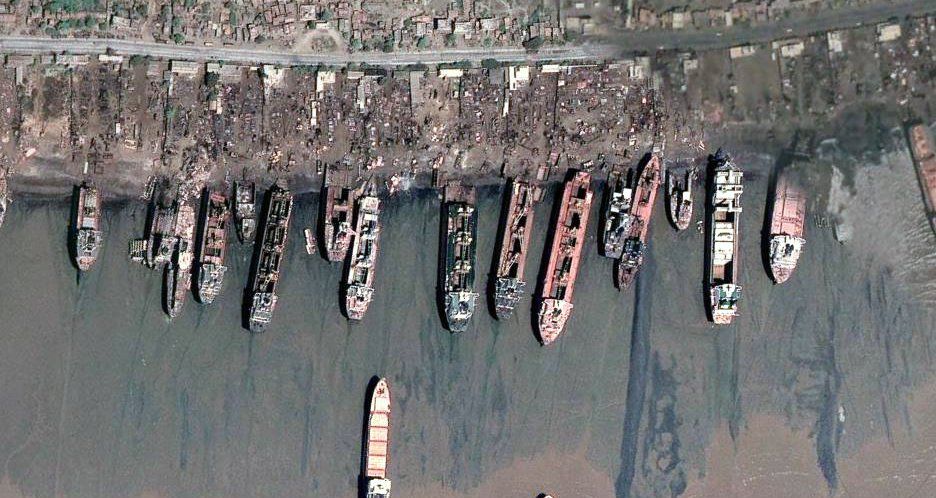 It is widely criticized that recycling facilities do not have adequate procedures and infrastructure to collect and dispose of the hazardous waste recovered from the ships during the recycling process. However, it is critical to know and understand the infrastructure available at Alang.

Gujarat Maritime Board (GMB) is the regional regulatory body supervising recycling activities in Alang, India. GMB constructed the landfill site and assigned Gujarat Enviro Protection Infrastructure Limited (GEPIL) as an operator for the Treatment, Storage, and Disposal of hazardous waste recovered from the vessels during the recycling process. The first facilities were constructed in 2005-2006. The facilities had the following cells and capacities.

When the capacity of the above landfill cells was about to complete, GMB expanded the earlier capacity in 2013 to new landfill cells of a total of 100,000 M3. The facility was further upgraded by installing a separate oily bilge water treatment plant that can treat bilge water recovered from the ships. The separated oil is stored in the designated tanks until enough is accumulated. To burn the oil, an incinerator plant was installed. A key point to note, the separated water is stored in the underground and overground tanks, which can be used as firefighting water for the incinerator. Excess water is used for trees planted on the site. With the addition of an incinerator and bilge water treatment plant, the GEPIL site became a fully integrated waste management facility.

Infrastructure for Treatment, Storage and Disposal of Hazardous Waste

The existing capacity of the GEPIL Treatment Storage Disposal Facility (TSDF) at Alang is as below:

The commitment shown by the local regulatory bodies and yards for sustainable ship recycling is commendable.