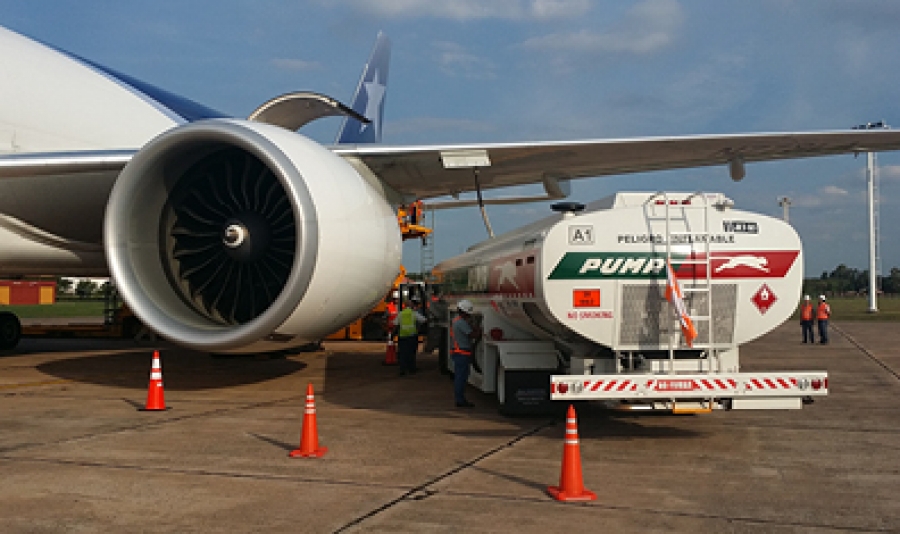 India’s jet fuel exports which dropped almost 60% in June from a year earlier are expected to keep falling at least through August as refineries undergo maintenance and global demand weakens, market participants and analysts said.

Now India and the rest of South Asia will have refinery outages totaling 1.775 million b/d in August, with 1.425 million b/d of run cuts due to the COVID-19 impact on demand, S&P Global Platts Analytics said in a Aug. 3 report.
India refineries ran at 4.5 million b/d in June to meet increased demand following the end of the lockdown at the end of May, it said. That helped to push India’s jet fuel exports down for a fourth consecutive month in June, to 255,000 mt, data from the country’s Petroleum Planning and Analysis Cell (PPAC) showed July 31.

Refineries under maintenance include Reliance, which has taken a 350,000 b/d CDU offline at its export-oriented second refinery in Jamnagar for one month starting July 20, according to Platts Analytics. The IOCL Paradip refinery (300 MB/D) was scheduled to go offline for two weeks as of July 25, it said. “Thus we would not expect utilization rates to get near to usual rates of 100% during 3Q 2020,” Platts Analytics said.

Exports have been falling as domestic refiners maintained low production as international flight capacities remained severely curtailed on the resurgence of the coronavirus pandemic.

Flight ban
On July 31, the country’s aviation regulator Directorate General of Civil Aviation announced that its existing ban on flights to and from the country would be extended to Aug. 31 due to COVID-19. The suspension of international flights had been due to end July 31.

“Demand is not looking great,” an industry source said Aug. 5. “There are still a number of jet fuel barrels floating around and sellers are holding on the contango value and waiting to sell when it flips [into backwardation].”

As of 0700 GMT Aug. 5, brokers pegged the balance month August/September Singapore jet fuel/kerosene timespread at minus 54 cents/b, widening 3 cents/b from its earlier estimates of minus 51 cents/b at 0300 GMT Aug. 5.

“Apart from this, refineries are reducing jet output because there’s hardly any demand,” the source said.

Efforts by Indian authorities to bring stranded citizens back from overseas via repatriate flights, otherwise known as the Vande Bharat Mission, could lead to some respite for the jet fuel market.

“Government data showed India’s June oil product demand improved from the deep contraction in April and May due to lifting of the nationwide lockdown,” it said. “The recovery for oil demand is likely to slow as major cities, such as New Delhi and Mumbai, have reintroduced containment measures to tackle the uptick in Covid-19 cases.”