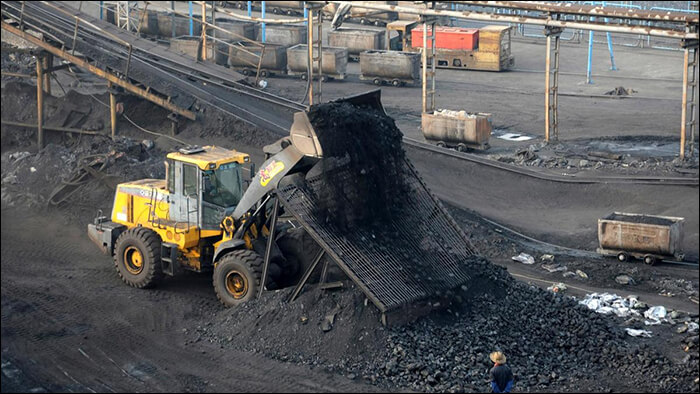 After posting a mild recovery in July, India’s coal imports have stumbled in August as the South Asian nation battles to restart its economy amid the ongoing coronavirus pandemic.

India’s imports of both thermal coal, used in power stations, and coking coal, used to make steel, are estimated at around 12.2 million tonnes in August, according to Refinitiv vessel-tracking and port data.

The data includes seven ships that were discharging cargoes as of the last day of August, meaning there are likely to be minor revisions depending on whether these cargoes are assessed as having cleared in August or September.

India’s coal imports were hit hard by the economic lockdowns imposed from March onwards to combat the spread of the novel coronavirus in the world’s second-most populous nation and second-biggest coal importer.

July’s imports were a recovery from June’s 8.8 million tonnes, the lowest since Refinitiv started assessing shipments in January 2015. It’s worth noting, though, the July volume was still down 17% from the same month in 2019.

The same can be said for the estimated August figure, which is 24% below the 16.03 million tonnes recorded for the same month in 2019, indicating by how much import demand has been curtailed.

For the first eight months of the year, based on the estimated August volume, India’s imports of 112.96 million tonnes were 18.9% below the level for the same period last year.

India’s major suppliers, Indonesia and Australia, appear to be sharing the pain of the drop-off in imports.

India’s imports from Indonesia, which supplies mainly thermal coal, fell 23% to 46.4 million tonnes in the first eight months of the year, from 60.25 million tonnes last year.

The sharp fall in India’s imports have had a deleterious impact on prices, with the weekly index for Indonesian coal with an energy value of 4,200 kilocalories per kg, as assessed by commodity price reporting agency Argus, falling to its lowest since assessments started in 2008.

The price of coking coal has also fallen, with SGX futures , which mirror the free-on-board Australian price, ending at $107.06 a tonne on Monday, just above the four-year low of $106 hit on June 1.

Coking coal weakness, of course, is more than just an India story. Demand has suffered in other major Asian importers such as Japan and South Korea, while political tensions between Canberra and Beijing may be dragging on China’s imports of the fuel.

The question is whether India’s economy, and therefore its coal demand, is likely to experience a V-shaped recovery, as appears to be happening in rival China, or whether it will be slower and less even.

The economy shrank 23.9% in the second quarter from a year earlier, more than the 18.3% contraction forecast in a Reuters’ poll of analysts.

While New Delhi is talking up hopes for a V-shaped recovery, there is scepticism this can happen without significant and sustained government stimulus.

India also reiterated its aim to reduce thermal coal imports in coming years to lower its import bill, and the coronavirus provides an opportunity to boost domestic output via stimulus spending.

This raises the risk for thermal coal imports that the pandemic-induced slump turns into a structural decline.

The picture may be slightly rosier for coking coal, given India’s paucity of domestic reserves of the higher-grade fuel, and its plans to boost steel output.