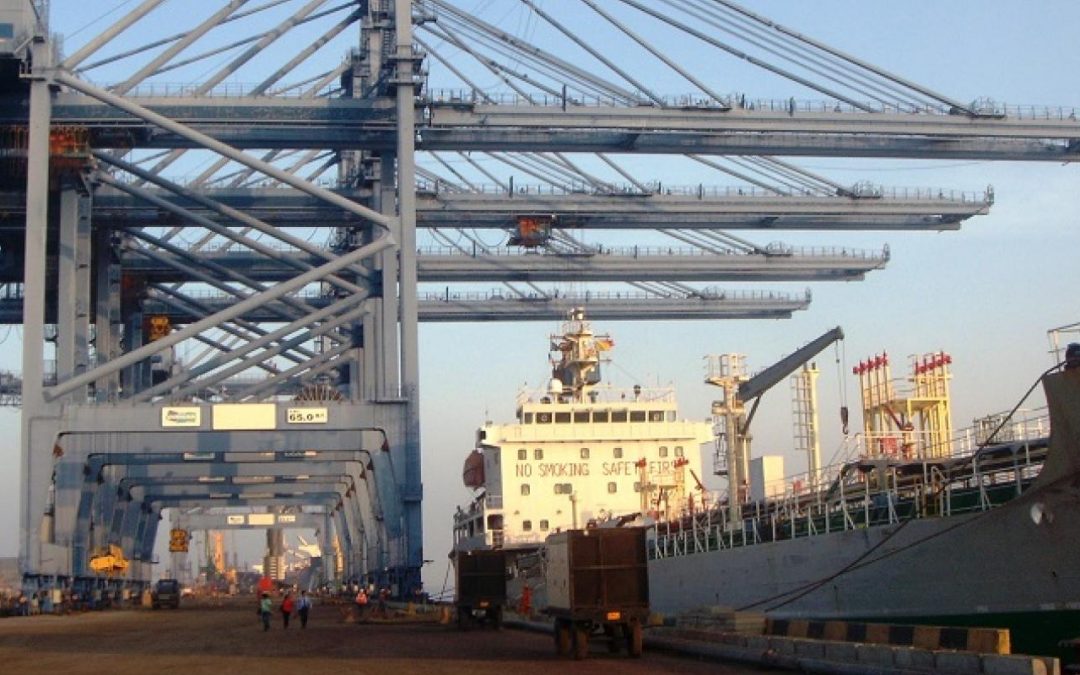 The response of Indian ports to the deadly second wave of the Covid-19 pandemic has been mixed between the private and public sector.

Some of the largest private ports have gone the extra mile to facilitate the movement of medical equipment and supplies, while government-owned 12 major ports have been running operations as best they can in the face of local lockdowns imposed by state governments.

“Due to Covid-related disruptions, there was a significant fall in cargo handling at the 12 major ports (that handle 61% of the country’s total seaborne traffic) during the financial year ended 31 March 2021, compared to fiscal 2019-20,” said Minister of State for Ports, Shipping and Waterways, Mansukh Mandaviya.

Sunil Vaswani, Executive Director of the Container Shipping Lines’ Association (CSLA), told Seatrade Maritime News that, in the second half of fiscal 2020-21, liners had pulled out all stops to relieve the overwhelming yard scenario, including allowing extra free days that he said eventually became counterproductive on cargo fluidity.

“The shipping lines have therefore been doing all that they can to try and help the situation, which had improved to an extent as far as the availability of containers was concerned,” Vaswani said.

As port leaders and other stakeholders work toward pulling the supply chain out of the pandemic woes, Indian shippers remain increasingly concerned about rocketing freight rates that they argue have reasons other than just supply-demand imbalances.

The picture has been different at private ports like Mundra, the flagship of India’s largest ports operator, the Adani Group, which owns 12 port properties dotted along both western and eastern Indian coastlines. Mundra, during the course of fiscal 2020-21, overtook JNPT to become India’s largest container port, and barge into the list of the top 30 container ports in the world.

“We have concentrated on two things at all our ports – safety of our staff, and continuity of our business,” said Capt. Sandeep Mehta, President of Business Development at the listed Adani Ports & Special Economic Zone (APSEZ).

“For the safety of the staff at Mundra, we are following all the necessary Covid-related protocols, including social distancing, minimum number of staff at the operating requirements, ensuring that people work in shifts, providing sanitation, keeping key people in a special area. In fact, we had made some provision for people to stay on the premises so that their rotation can be done seamlessly.”

APSEZ has also organised a vaccination drive for its port staff, in coordination with the local government agencies.

“For continuity of business, we have given priority berthing to the cargo that is coming in for mitigation of Covid-related problems,” said Mehta. “Oxygen is a prime requirement, and we have given priority to any ship bringing in cryogenic tanks, liquid oxygen in cylinders. The cargo is taken off and promptly transported to the required destinations with minimal loss of time.

There has been little or no adverse effect on the normal commercial movement of vessels and cargo at the Adani-owned ports, Mehta said that vessels had been coming in and berthing as per their normal arrangements, and Mundra had also been handling vessels that came in outside their set windows.

Contrary to the 4.59% drop in cargo throughput at the state-run 12 major ports for the financial year 2020-21, there has been growth in the container trade at most of the country’s private ports.

“We have informed all container lines that all our ports are open for normal business, including the ones in the Bay of Bengal, like Ennore, Katupalli and Krishnapatnam,” said Mehta. “We have cleared additional areas for cargo at Krishnapatnam, and can handle any vessels that may have experienced delays at other ports.”