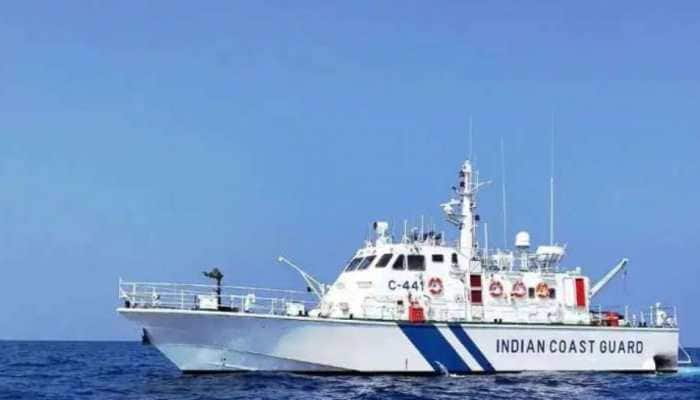 In a swift and coordinated rescue operation, the Indian Coast Guard saved 19 crew members – 18 Indians and the Ethiopian Captain – of a sinking cargo ship, an official said here on Friday. The Gabon-flagged vessel, MT Parth, was carrying a cargo of 3,911 tonnes of Asphalt Bitumen from Khor Fakkan in UAE to New Mangalore Port. Around 9.30 a.m., the vessel reported flooding in the Arabian Sea when it was around 41 miles off Ratnagiri coast and the crew sent a distress message to the ICG.

The Maritime Rescue Coordination Centre swung into action and two ICG ships in the vicinity, ICGS Sujeet and ICGS Apoorva, were diverted to the distressed cargo ship, an Advanced Light Helicopter deployed and the ship MV Wadi Bani was directed to proceed for help.

The ICG also relayed International Safety Net and NAVTEX to alert other merchant vessels in the area. As the MT Parth was flooding fast and dangerously listing, the crew abandoned the ship expecting it would sink when the MV Wadi Bani Khalid reached the spot around 12.30 pm, along with ICGS Sujeet and the chopper.

The rescue operations are continuing and the owners of the distressed vessel have been asked to take up preventive measures to arrest marine pollution with an emergency towing vessel proceeding to the spot. Till date, the ICG has saved more than 11,000 lives at sea, or almost one life every other day with quick seamless coordination among various agencies.