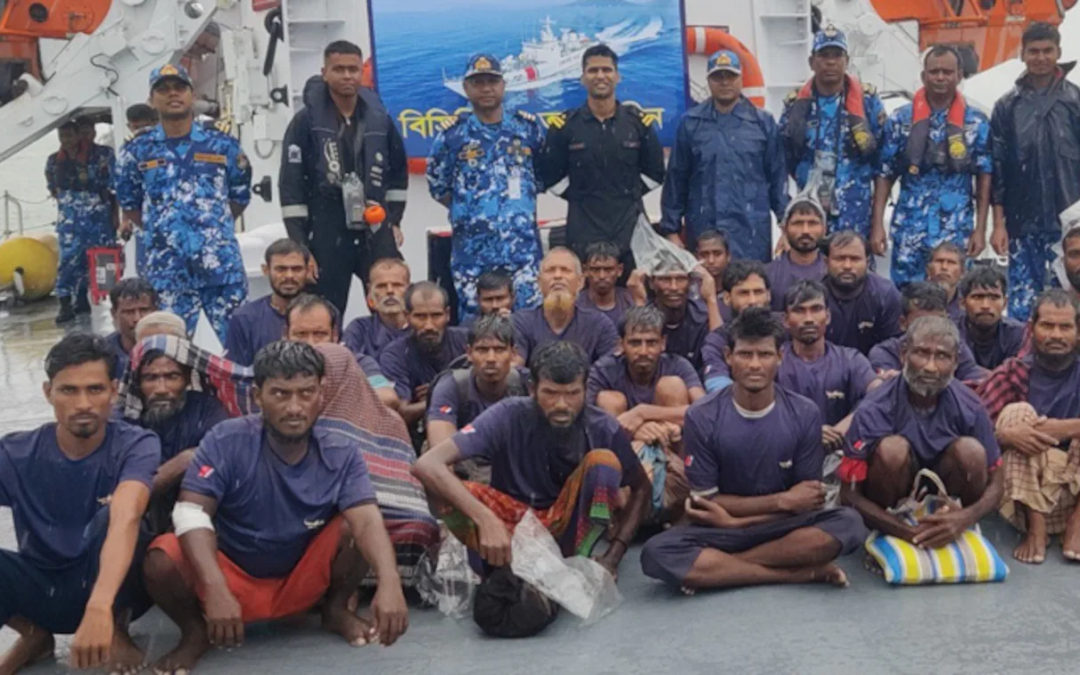 The Bangladeshi fishermen were rescued from sea after their boats had capsized during a cyclone last month. The fishermen were found clinging on to nets/ floats, in the turbulent sea and struggling to survive for almost 24 hours after their boats had capsized, when they were sighted by Indian Coast Guard ships and aircraft on 20 August.  Their lives were saved because of the intervention of the Indian Coastguard.

“This operation reflects the commitment of Indian Coast Guard towards safeguarding precious lives at sea against all odds,” a Coastguard official said.

“Such successful search and rescue operations will not only strengthen the regional SAR structure but also enhance the international cooperation with neighbouring countries,” he added.

The Indian Coast Guard has been working in close coordination with civil administration, fisheries authorities, and local fishing/ trawler organisations of the respective states of West Bengal and Odisha to mitigate the risks posed by bad weather or cyclonic storm.