India to save 20% Logistics cost in Container transport to CIS countries via Chabahar: Mansukh Mandaviya 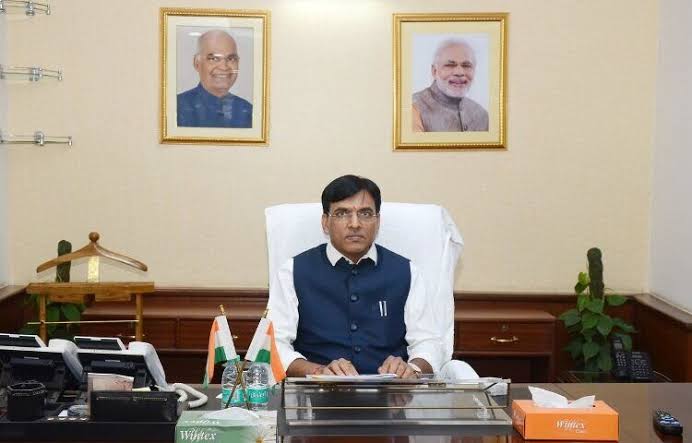 So far, CIS countries could be reached only via China or Europe, he said. Chabahar port, located in the Sistan-Balochistan province at energy-rich Iran’s southern coast, lies outside the Persian Gulf and is easily accessed from India’s western coast, bypassing Pakistan.

“In a strategic development, loading and unloading of cargo has started at Chabahar Port. Container transport logistic cost to CIS countries will be reduced by 20 per cent through Chabahar.

So far, cargo to CIS countries from India could be sent only via China or Europe,” Shipping Minister Mandaviya said recently.

“If we want to send containers to CIS countries we can only send via Europe or China. There was no other connectivity with CIS countries. Now, we have developed Chabahar port and there is direct connectivity to these countries via Afghanistan,” the Minister said.

Transit of export consignment from Afghanistan through Chabahar commenced in February 2019 and has now started showing a healthy upward trend, he said, terming the port as a game changer.

During this period, it not only handled container and Bulk cargo vessels, but also livestock and heavy cargo vessels, according to the Ministry of Shipping.

The integration of Chabahar port with the Free Zone was approved by the Iranian Guardian Council in February 2020.

Subsequently, an MOU has been signed between Ports and Maritime Organisation (PMO) and Free Zone Authorities in June 2020 for implementation of laws and regulations of the Free Zone in Chabahar port.

The inclusion of the port in the Free Zone is expected to boost the cargo, as per the Shipping Ministry.

Earlier on June 28, the port also handled the fourth consignment of 300 TEUs of wheat aid from India to Afghanistan.

This is part of 75,000 tonnes of India’s humanitarian aid to people of Afghanistan, the ministry said.

Earlier, the shipping minsitry had said the trade was upbeat Per the announcement that Ghazanfar Bank of Afghanistan will soon open a branch in Chabahar.

It is understood that the bank has received requisite permit from Central Bank of Iran, it had said. IPGL now has a water front of over 1,200 mts (with 70 HA of back up area). India, Afghanistan and Iran had welcomed steady progress in port operations by India Ports Global Ltd company since the taking over of the operations at Shaheed Beheshti Port at Chabahar in December 2018.

The Chabahar port — being jointly developed by India, Iran and Afghanistan — is considered a gateway to opportunities for trade by the three countries with central Asian nations. It is located on the Indian Ocean in the Sistan and Baluchistan province of Iran.

The Chabahar port, which is easily accessible from India’s western coast, is increasingly seen as a counter to Pakistan’s Gwadar Port which is being developed with the Chinese investment.