India: Shipping Ministry says it has ‘no control or supervision’ over freight stations 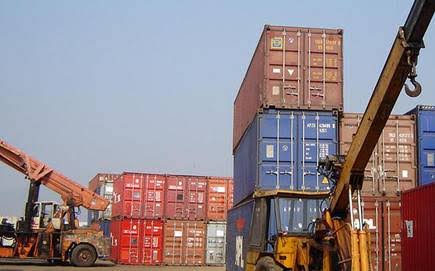 The Shipping Ministry has said it has “no control or supervision” over privately-run container freight stations (CFS) located outside the limits of major port trusts.

It has also stated that the rates for services rendered by the CFSs is a private arrangement between the CFS and its customers, and it was not privy to the terms of the private contract executed by CFS and is also not the regulator of the rates charged by CFSs.

The Ministry’s stand was communicated through an affidavit filed by the Additional Solicitor General (ASG) during a hearing in the Delhi High Court on a petition brought by Polytech Trade Foundation, a body whose members are importers of plastic/polymer raw materials. The Foundation alleged that its members were not allowed to clear goods from the CFSs without payment of penal charges arising from delays, disregarding a Ministry directive on the issue.

In its petition, Polytech Trade had sought a direction from the court to all CFSs not to charge demurrage, ground rent, container detention charges etc till the lockdown period ended and to permit members of the Foundation to lift/de-stuff their material “on payment of usual valid charges”. To back its claim, it relied on a April 21 direction given by the Shipping Ministry to all major port trusts not to levy penal charges, dwell time charges, detention charges etc on import and export shipments due to a delay in evacuation of cargo during the lockdown period.

Since the main petition would take time for an order, the Foundation had moved an application seeking interim relief from the court through an injunction/restrain order against the CFS operators.

“In view of the above detailed discussions, no grounds for grant of injunction/restrain order in favour of the petitioner and against the respondents are made out at this stage. The application filed by petitioner under Section 151 CPC for injunction is, therefore, dismissed,” a single judge Bench of Justice Brijesh Sethi wrote in a May 22 order.

The ASG, in his submission in the Polytech Trade Foundation petition, made a pertinent point, clarifying the government’s stand on the issue. “The tariff of various services provided by CFSs/inland container depots (ICDs) is a private arrangement between the CFSs/ICDs and their customers unless the CFS/ICD is actually located on land that may have been leased or granted on concession basis by a major port onto a CFS/ICD operator,” the ASG submitted.

Only two CFSs are operating on land owned by the major port trusts — one in Jawaharlal Nehru Port Trust and the other in Deendayal Port Trust — and hence are under the control of the Ministry with regard to fixation of tariff. No ICDs are located within the limits of major port trusts.

Therefore, the assertion of the Foundation that the April 21 Shipping Ministry direction would apply to all CFSs or ICDs is “entirely misconceived and misplaced”, as it is applicable only to major port trusts by virtue of powers under Section 111 of the Major Port Trusts Act, 1963, administered by the Ministry of Shipping.

None of the major ports have any ability to influence or be privy to the tariffs/ charges levied by the CFS and ICD operators upon their respective customers/clients/users, except those which are situated within the port limits of major ports trusts, the ASG submitted. He further said that the Ministry “cannot intervene or govern the private arrangements between CFS or and their customers such as the petitioner” nor does it have “any control or supervision over activities or cost structure of CFS”.

Similar cases filed by affected parties in the Mumbai and Gujarat High courts have not resulted in an interim relief so far.

All eyes are now on a petition brought by the Material Recycling Association of India (MRAI) in the Supreme Court on the same issue.