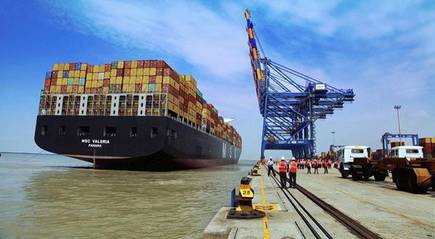 The Ministry of Ports, Shipping and Waterways has issued a draft of the Merchant Shipping Bill, 2020 with all updated International Maritime Organisation Conventions, to which India is a party.

It has provisions to ensure the safety and security of vessels, safety of life at sea, prevent marine pollution, provide for maritime liabilities and compensations, and ensure comprehensive adoption of India’s obligations under International Conventions. Comments from public have been invited on the Bill, stated an official release.

To improve welfare of Indian seafarers on abandoned vessels and safety of such vessels, the Bill has provisions for repatriation of abandoned seafarers have been enhanced, in line with the Maritime Labour Convention regulations.

The Merchant Shipping Bill, 2020 has been drafted to promote growth of Indian shipping industry by incorporating the best practices adopted by other advanced countries such as the US, Japan, UK, Singapore and Australia, it added.

Specifically, to promote ease of doing business, the Bill does away with requirement of general trading licence for Indian vessels.

The Bill has clauses to increase India’s tonnage and to make the vessel a tradeable asset.

To promote India as a bankable shipping jurisdiction and avoid situations leading to wreck, the proposed Bill seeks to introduce for the first-time statutory framework for regulating maritime emergency response against maritime incidents, said the statement. The provisions seek to provide for time effective implementation of response mechanisms in order to prevent such incidents from becoming a wreck or catastrophy.

To strengthen the investigation and adjudication of claims arising out of collision of vessels, assessors may be tasked by the High Courts to present their findings on the degrees of fault of each vessel, said the statement.

To make India an active enforcement jurisdiction, the Bill incorporates powers of the Director-General to take action against vessels that are unsafe, and pose a threat to safety of life at sea and environment, and includes a procedure for appeal from detention orders.

The Bill also encourages active enforcement of pollution prevention standards. Central Government has been granted the power to mandate compulsory insurance or such other financial security, for pollution damage.
Source: Hellenic Shipping