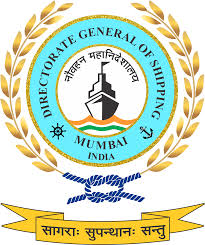 The Directorate General of Shipping (DGS) has lifted the 14-days mandatory quarantine period stipulated for ships arriving from ports of infected countries after maritime trade complained that this was delaying the berthing of vessels with a cascading effect on the container logistics chain.

In view of the difficulties expressed by the stakeholders, it has been decided that the mandatory quarantine period of 14 days mentioned in the order dated March 20 shall not be insisted, Amitabh Kumar, Director-General of Shipping wrote in an order issued on Thursday.

The 14-day quarantine imposed on vessels arriving from ports of infected countries has resulted in ships having to wait for up to 3-4 days before berthing at Indian ports,” said Sunil Vaswani, Executive Director of the Container Shipping Lines Association (India). This not only delays the discharge and the de-stuffing of import loads but also delays the availability of containers for export shipments.

Exporters have been facing shortage of equipment (empty containers) besides rising freight rates as shipping lines re-position empty boxes for exports at a cost.

While removing the quarantine period, the DGS has also set conditions for the disembarkation of crew of vessels that have not completed 14 days from the last port of call.