Increased risk of hull fouling due to COVID-19 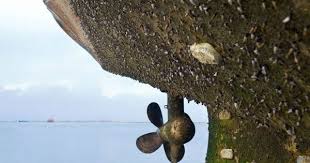 The COVID 19 pandemic has had a dramatic impact on the shipping industry. Hundreds of container ships have found their trades cancelled due to a fall in demand for the products carried on board, cruise liners have seen their business evaporate as potential customers are now reluctant to travel, and a shortage of inland oil storage capacity has meant that crude and product tankers are increasingly being used as floating storage. One consequence of this is that more ships than ever have been left floating at anchor, which means that they are more likely to suffer from hull fouling.

Hull fouling is a natural process, and it occurs within the first few hours of a new ship entering the water. There are, however, a variety of factors which can increase the rate of hull fouling. These include the design and construction of the ship, maintenance history, and in particular whether the ship has been stationary for long periods of time.

Owners have an overriding legal responsibility to maintain the ship and will usually be responsible for cleaning the hull. In the absence of any express contractual provisions, owners are unlikely to be able to shift this burden to their charterers where the ship has been idle as a result the ordinary and expected course of trading in accordance with charterers’ legitimate orders.

Aside from the increased maintenance costs associated with hull fouling (which can be particularly costly if dry docking and/or recoating of antifouling paint is needed) the increased drag can severely impact the ship’s performance. The unnecessary drag created by hull fouling places a greater demand on the ship’s engine, which in turn increases fuel consumption and reduces speed. If the impact on performance is especially serious and a ship is no longer able to perform at the standards previously agreed in the charterparty, her owners may see an increased number of performance claims from their charterers. The success of any such claim will depend on whether owners have assumed the risk of speed and performance issues caused by hull fouling, which will require an assessment of the specific charterparty wording.

If not done so already, members may want to consider incorporating the BIMCO Hull Fouling Clause into their charterparties. This clause allows the parties to agree in writing when exactly the responsibility for hull cleaning, and liability for associated losses, passes from owner to charterer. This aims to increase clarity and avoid any ambiguity, which should in theory reduce the number of disputes requiring litigation.

In addition to the contractual issues caused by hull fouling, owners should also be aware of national regulations which outline hull cleanliness standards. These requirements are usually enacted to prevent invasive foreign marine organisms from entering into and damaging a local ecosystem. For example, it has been estimated that around 87% of New Zealand’s non-indigenous marine species were introduced through hull fouling on international ships. In response, since May 2018 it has been mandatory for any ships calling at ports in New Zealand to comply with hull cleanliness thresholds set out in the country’s ‘Craft Risk Management Standard’.

The consequences of non-compliance with national regulations can be serious for shipowners. For example, the ship could be ordered to leave the country’s territorial waters for hull cleaning. This can be particularly costly if there are limited facilities available locally to carry out hull cleaning and the ship has to travel further to carry out these operations, creating delays to cargo operations and potential charterparty disputes.

Members are therefore recommended to remain vigilant and be proactive to manage and minimise hull fouling. Members are also recommended to observe IMO guidelines for biofouling management, and to review their charterparties to ensure there is no ambiguity as to which party bears the risk for losses resulting from hull fouling.