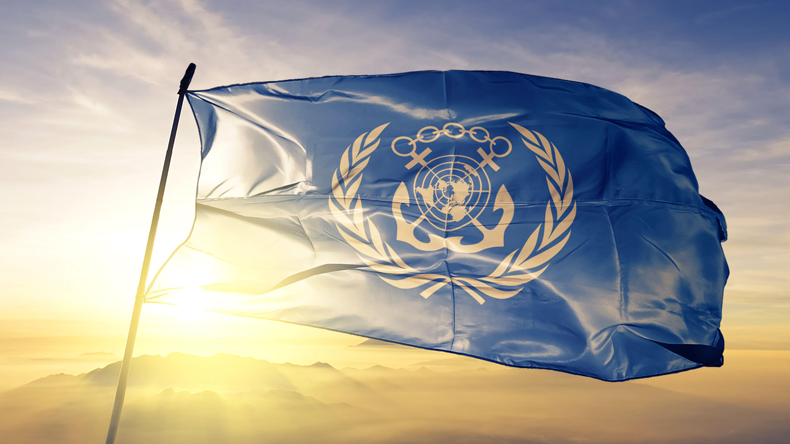 The International Maritime Organization (IMO) failed to revise the current greenhouse gas (GHG) target for 2050 to speed up the decarbonization of the global shipping industry.

Further revision of the target will not take place until 2023.

The IMO 77th Marine Protection Committee (MEPC77) session met virtually and in-person on November 22-26 to discuss the revision of the current GHG to align with the Paris Agreement’s goals as well as mid-term measures to reduce emissions.

Despite widespread support for keeping warming below 1.5 degrees and for ending ship climate emissions by 2050, the IMO made no progress to agree on the new goal.

The resolution would have gone through if EU countries had supported it.

Countries that supported the zero by 2050 target are EU27, Georgia, Norway, Republic of Korea, Bahamas and Kenya, and those that opposed to the new target are Brazil, China, Russia, Saudi Arabia, the United Arab Emirates, Venezuela, Paraguay, Nigeria, South Africa, Ecuador, Argentina, Chile, and Iran.

During the meeting, IMO member states moved forward all proposals for mid-term measures to the ISWG-GHG 12 meeting in 2022. A clear preference was given to market-based measures, including a carbon levy, and to a fuel standard.

Countries that voted in favour of a carbon levy and/or a fuel standard included the EU27, Canada, Japan, Liberia and Pacific Islands countries, and those that rejected the measures are Saudi Arabia, Brazil, Argentina, China, Chile, South Africa and Russia.

CSC: This is yet another blow to global decarbonization efforts

The outcome of this week’s climate talks at the IMO is yet another blow to any efforts to start reducing GHG emissions from ocean shipping and to align the sector with the temperature goals of the Paris Agreement, the Clean Shipping Coalition (CSC) said.

Even though most of the 175 IMO member states have publicly supported the need for zero emissions or carbon-neutral shipping by 2050, the IMO has failed to agree new goal.

CSC said there was no majority support at MEPC77 to adopt the Pacific Islands resolution along these lines –- with Brazil, Russia, China, and others opposing the proposal and the EU27, Norway preferring instead to raise ambition only when the initial GHG Strategy is reviewed in two years’ time.

This came only two weeks after the COP26 climate summit in Glasgow, which saw broad support for urgent decarbonization of the sector. Science is clear — governments must urgently act to halve shipping emissions by 2030 to keep the 1.5° safe warming limit within reach.

This confirms the approach of the Initial Strategy, that solutions like “carbon offsets” are not accepted at IMO, and that the goal is firmly in-sector decarbonisation, according to CSC.

“Ambition at the IMO has again been held hostage by a small group of countries hell bent on rendering the organisation impotent on the most pressing issue of our age,” John Maggs, Clean Shipping Coalition, commented.

“There was a clear and substantial majority in the room for greater climate ambition but Russia, Saudi Arabia and others ensured that the IMO again failed to move the dial on ship climate action. With every delay the scale of the task gets greater, and ship emissions must halve by 2030 if we are to save 1.5 degrees.”

“When it comes to mandatory measures on green shipping fuels, the can has been kicked down the road to 2022 without any commitment to speed up their adoption,” Faig Abbasov, Transport & Environment, said.

“IMO negotiations are like a soap-opera. Whenever you think that the momentum for action is ripe, you then realise that there are still many seasons before a final decision is taken.”

“Those stopping action on climate at IMO are also stopping the organization from dealing with many other important environmental issues. The blockers have caused dangerous delays to almost every item on the agenda,” Lucy Gilliam, Seas at Risk, pointed out.

“After 2 years of deferrals, the urgent topic of plastic pollution from shipping was given barely an hour for discussion with every item deferred to the following year. The problem here is a systemic one.”