ILA Says Union Will Not Service Automated Ships Without Crews 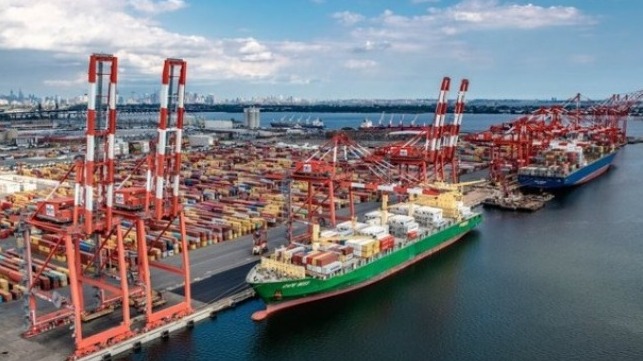 In its ongoing efforts to resist all forms of automation in the maritime world, the powerful U.S. International Longshoremen’s Association announced that its members would not service automated vessels operating without crews. Citing issues of safety and security the union has long fought automation and even before that resisted the move to containerization.

Responding to various recent media reports about the advancements in shipping automation and specifically, the efforts by Yara, NYK, and others developing automated container ships, ILA President Harold Daggett said, “Don’t sail them into ILA ports from Maine to Texas, Puerto Rico, and Eastern Canada – they won’t be unloaded or loaded by ILA members.”

The ILA staged fierce opposition to all forms of automation. In 2018, the union negotiated a new six-year master contract covering its tens of thousands of workers. One of the main elements of the contract talks and the final agreement was restrictive clauses to block ports from implementing automation technology or equipment. The ILA said that it pledged to “keep productivity levels above what automated equipment could produce,” and apart from lower production levels due to the pandemic, the ILA says it has kept its promise and kept its members working.

Beyond the ports it works, the ILA has also sought to support other unions and been aggressive in its calls to block automation. In 2019, they supported the International Longshore and Warehouse Union Canada when the union also sought to limit automation in Canada’s western ports. The ILA also highlighted its opposition when one of the terminals at the Port of Los Angeles announced plans earlier this year to expand its automation efforts. The ILA has been critical of the International Longshore and Warehouse Union that represents the longshoremen in Southern California because its contracts have maintained some automation rights for terminal operators.

“Workers around the world are under assault from the threat of automation by greedy companies only interested in making money and eliminating workers who helped them build their success and companies,” said ILA President Daggett. “It’s got to stop, and my ILA will do what it needs to do to save our jobs and the jobs of maritime workers around the world.”

The ILA specifically highlighted the efforts to develop ships guided by satellites, onboard sensors, and artificial intelligence. They highlighted Yara’s efforts testing an automated container carrier between ports in Norway as well as NYK’s plans to send a cargo ship on a 236-mile test trip along the Japanese coast.

“Now more than ever, dockworkers from around the world, joined by all maritime workers, must unite to fight this important battle against automation,” said Daggett. “The ILA will not work a container ship without a crew aboard.”

The current ILA contract expires in three years, and Daggett said he will continue to oppose all forms of automation. “Already one company developing these automated ships are also plans for automated loading and unloading of cargo from these crew-less ships without workers. That’s not going to happen under my watch.”

The ILA reiterated its position to negotiate for no automation, or even semi-automated equipment at ILA ports.