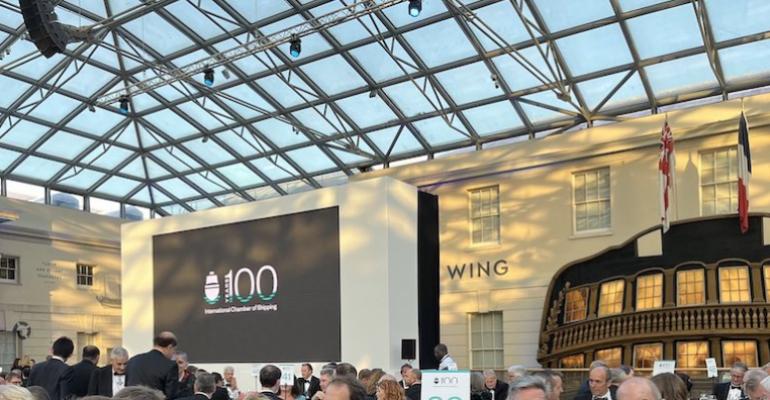 The International Chamber of Shipping (ICS) marked its one hundredth anniversary on 20 June with an impressive dinner at London’s National Maritime Museum in Greenwich.

The widely respected veteran association, which now represents more than 80% of the world fleet, deferred the celebration from last year as a result of the pandemic.

Chairman Esben Poulsson, who this week completes an outstandingly successful term as chairman, drew historical parallels in his speech to guests between the challenges which the organisation was set up to address and those which confront it today.

Under its original name, the International Shipping Conference, the organisation held its first meeting at the Hotel Victoria in London in 1921.  In the spirit of international cooperation which prevailed following the establishment of the League of Nations two years earlier, 14 national shipowner associations agreed to work together to respond to the international regulatory regime then emerging, and to promote the principle of freedom of the seas. The achievement of consultative status at the IMO in 1961 was the starting point for ICS’s role representing global shipping’s views at IMO meetings.

The organisation now includes 34 national associations, but its core purpose remains the same.  These days the key issues include decarbonisation, the theme of its one-day conference this week, and the industry response to digital technologies.

But a sharp focus at the dinner was on seafarer welfare, a subject on which the ICS has been outspoken throughout the pandemic.  There is little doubt that it will continue to be a big preoccupation under its new Chairman, Emanuele Grimaldi, supported by Secretary General Guy Platten.