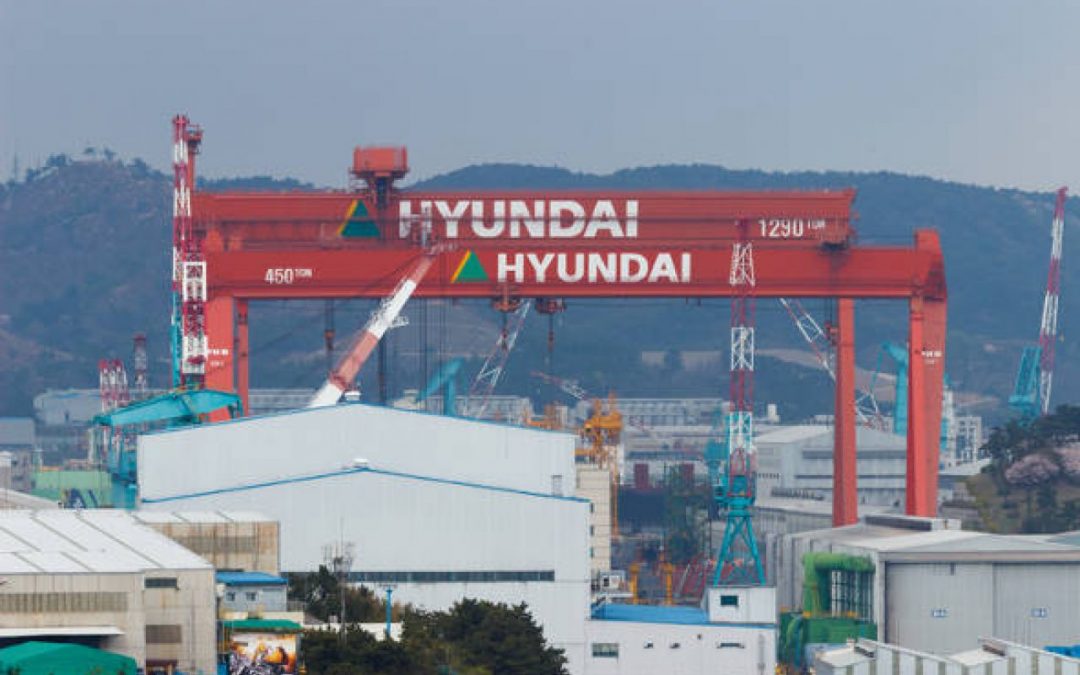 Hyundai Heavy Industries Co. (HHIC) suffered a triple whammy on March 17 — a raid by the prosecution, a strike by the company’s labor union and a sit-in protest by unionists of Daewoo Shipbuilding & Marine Engineering (DSME), a company in the process of acquisition by HHIC.

HHIC’s main office in Ulsan was raided by the prosecution in connection with a major industrial accident. On Feb. 5, a worker at the company’s Ulsan shipyard was killed by an iron plate sliding from a structure. The Ulsan chapter of the Korean Confederation of Trade Unions filed a complaint with the prosecution on Feb. 17 against seven people including the HHIC CEO for violating the Occupational Safety and Health Act.

The HHIC labor union announced on the day that it will begin a strike over stalled wage and collective agreement negotiations. The union has decided to go on a four-hour partial strike on March 19. The labor union is poised to wage an all-out struggle until its demand is met.

As if to add oil to the fire, the labor union of DSME started an indefinite sit-in protest in front of the Fair Trade Commission Building in Sejong City on March 17. The commission is the final judge of the proposed combination of DSME and HHIC. DSME unionists began the sit-in protest out of concern that the combination would lead to the restructuring of DSME and hurt job security.