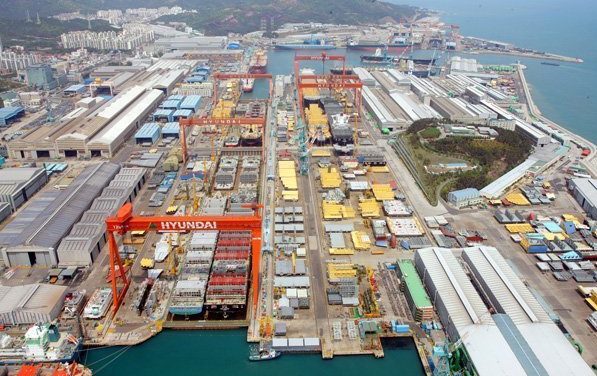 Kwon Oh-gap, chairman and CEO of Hyundai Heavy Industries Holdings stressed, Thursday, on the 50th anniversary of the group’s founding, that the shipbuilding group can only survive as a sustainable organization with continued efforts to seek and develop unrivaled technology.

“Today is a meaningful day to mark the 50th anniversary of Hyundai Heavy Industries, the parent company of our group,” Kwon said in a message sent to employees. “I pay sincere tribute to many seniors, colleagues and juniors who have overcome numerous difficulties and crises and led us to become Korea’s representative enterprise during the past 50 years.”
The chairman evaluated the past 50 years as a history of challenges and urged employees to prepare thoroughly for the next 50 years.

He reiterated that the key factor to survive is technological competitiveness. “When we possess unrivaled technology that no one else has, we can be a sustainable company. In that sense, the Pangyo GRC era, which begins in November, will be an important turning point for us,” he said. The group will open its R&D center at Pangyo in Seongnam, Gyeonggi Province.

The holding company is set to make changes in its operations. At the shareholders meeting slated for March 28, the company will submit an agenda to change its name to HD Hyundai. By rebranding, the company aims to strengthen its role as an investment holding company, breaking away from its existing image as a manufacturer.