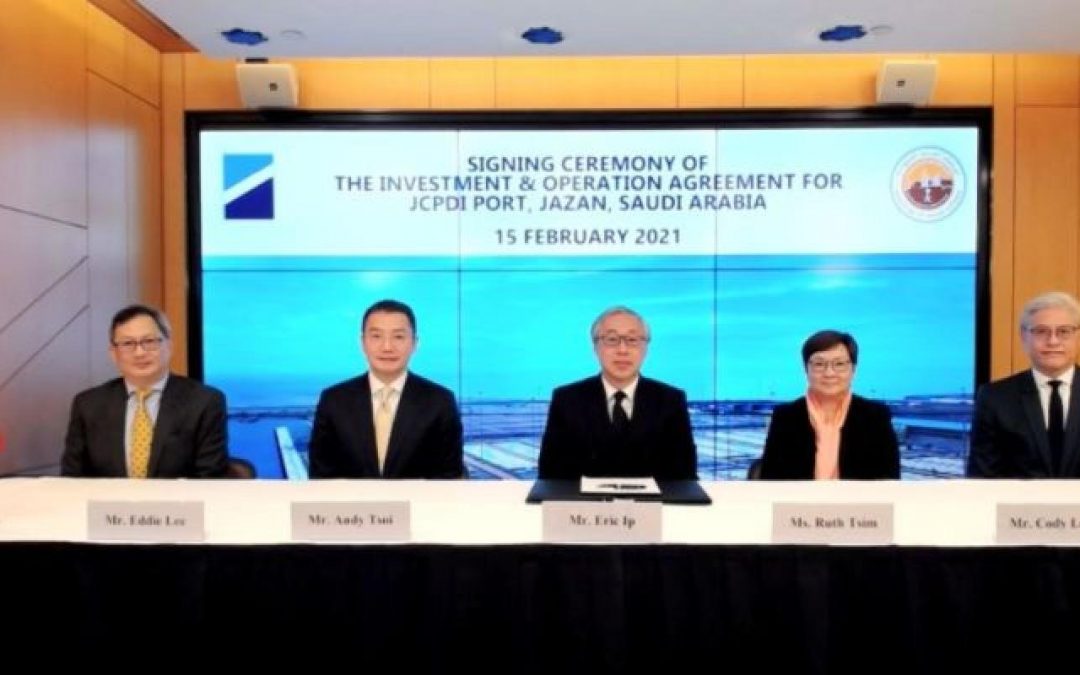 Hutchison Ports has signed an agreement to invest and operate Saudi Arabia’s multipurpose JCPDI Port within the Jazan City for Primary and Downstream Industries (JCPDI).

To be developed over two phases, the multipurpose port will consist of a container terminal and a general cargo and dry bulk terminal. Each will be equipped with the latest in handling equipment and have quayside draft of 16.5 metres.

“We have a presence of 20 years in Saudi Arabia, and it is a very important market for Hutchison Ports. Marking a new chapter for us, JCPDI Port is located at the crossroads of the one of the busiest east-west trade lanes and the rapidly growing north-south trade lanes,” said Eric Ip, group managing director of Hutchison Ports.

JCPDI Port is located on China’s Belt and Road Initiative and is Saudi Arabia’s closest port to East Asia. It is considered a major gateway to Saudi Arabia’s southern region, which has an estimated population of 4.5 million people. The terminals are expected to support economic growth in the entire region and to serve eastern and southern Africa.