Huge Fire Breaks Out At Beirut Port, A Month After Deadly Explosion 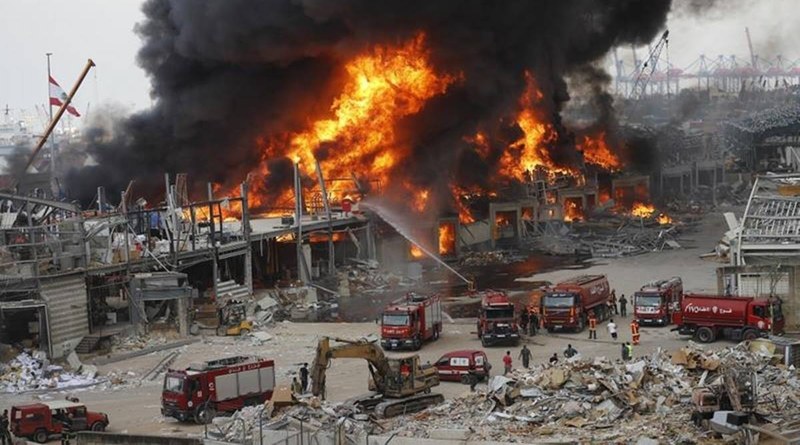 After a month of the devastating Beirut blast, a huge ball of smoke and flame re-erupted in the port’s duty-free zone. People living near the port were shocked and terrified to see fire and smoke at a similar location which recorded one of the deadliest maritime disasters caused by stored ammonium nitrate.

As a precautionary measure, most of the nearby offices asked their employees to leave the area and Lebanese troops closed the major road that passes near the port.

As per the reports, the fire occurred in the store where oil and tyres were stored and the cause of the fire is being investigated There are no immediate reports of injuries. The army has dispatched helicopters to help bring the fire under control.

More than 100 men from the fire department, civil defence, and army are working together to control and eliminate the fire.

The August 4th explosion injured around 7000 people and killed more than 190 people. The sight of another huge fire near the same location after a month created large scale panic among residents who were traumatized by last month’s explosion.