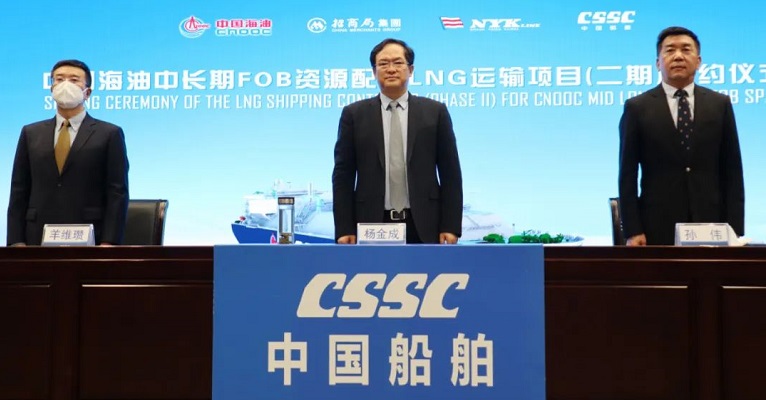 The contracts are valued valued at CNY8.4bn ($1.26bn), the largest single LNG carriers order that the Chinese shipyard has ever received.

With the addition of these six vessels, Hudong-Zhonggua Shipbuilding has booked in 17 LNG carriers in the first four months of this year.

Independently developed by Hudong-Zhonghua Shipbuilding, the LNG carriers will be 299 meters in length and 46.4 meters in width, equipped with an X-DF dual-fuel engine, and could reduce over 10 tons of carbon emissions daily.

China National Offshore Oil Corporation (CNOOC) will be the charterer of the vessels upon delivery.

The 12 LNG carriers are expected to be delivered gradually between 2024 and 2027.

CNOOC is the largest LNG carrier owner working with Hudong-Zhonghua, and has ordered 22 LNG carriers in total at the yard since 2004. Ten of the vessels had been delivered.