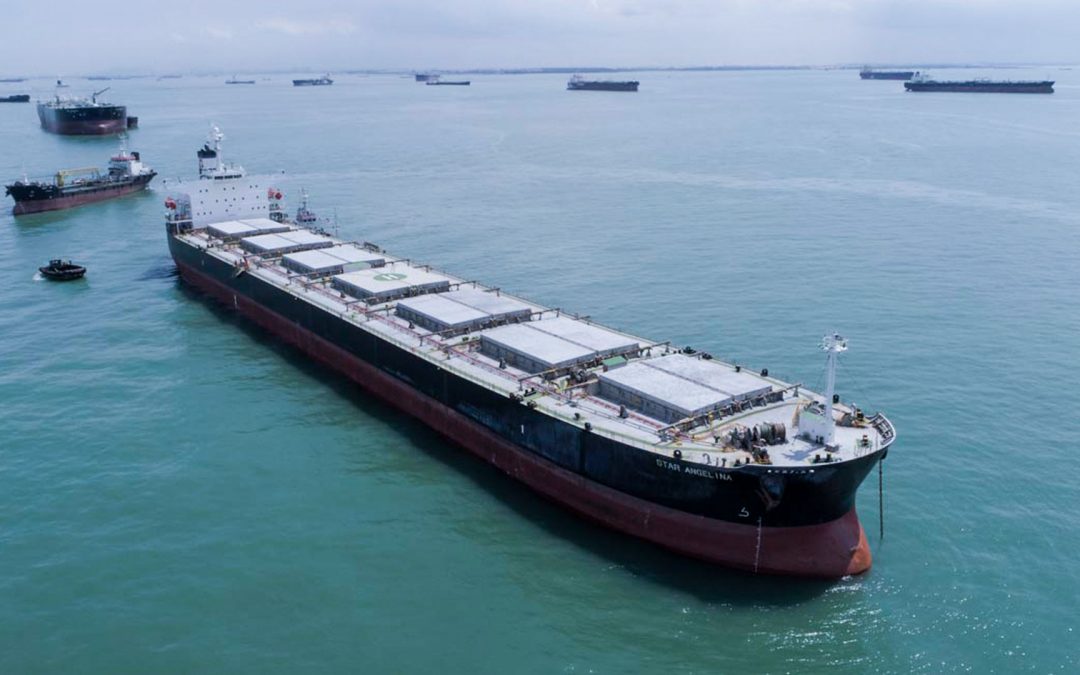 COVID-19 put a temporary kibosh on mergers-and-acquisitions (M&A) activity — and not just for shipping. According to Refinitiv, the value of U.S. M&A deals fell 40% year-on-year in the first half. Now that the initial shock of the outbreak has passed, will shipping companies regain the urge to merge?

There has been a higher-than-usual number of M&A questions on quarterly conference calls in recent days. One likely reason for analysts’ heightened interest: Takeovers are one of the few big catalysts left for these limping stocks.

Shipping executives confirmed on the calls they want to do M&A deals. But consolidation has always been hard due to insider interests. And two barriers loom particularly large in 2020: depressed stock valuations among buyers and a lack of desperation among sellers.

“Last quarter we told people that it was probably not a good time for consolidation because everybody was uncertain as to the future. I think that has changed,” commented Hamish Norton, president of Star Bulk (NYSE: SBLK), during a quarterly call on Thursday.

“I think people are getting more comfortable with the current situation and the future and with how the world will react to COVID-19,” he opined.

“We’d be very interested in consolidation opportunities that fit with our operations and do not increase our leverage,” said Norton.

However, he said that Star Bulk is only looking to use its own shares, not cash, to pay for acquisitions.

A deal would also have to value Star Bulk’s shares at net asset value (NAV). NAV is the market-adjusted value of the fleet and other assets minus debt and other liabilities.

As Jefferies analyst Randy Giveans previously told FreightWaves, “It’s often difficult [for the two sides] to come together when companies are trading at large discounts to NAV.”

“None of us, with our stocks being so far below NAV, and with investor concerns related to NAV [discounts], are stretching out to buy,” said Scorpio Tankers (NYSE: STNG) President Robert Bugbee on his company’s call on Thursday.

The one share-for-share deal that was recently proposed — the unsolicited offer by Hafnia Tankers (Oslo: HAFNIA) for Ardmore Tankers (NYSE: ASC) — went nowhere.

“We’d love to have increased scale in capital markets. But there’s no point in doing it if you can only do it dilutively,” commented Ardmore CEO Anthony Gurnee.

Stifel analyst Ben Nolan also brought up the NAV discount conundrum. He said on Friday that crude- and product-tanker owner International Seaways (NYSE: INSW) “is probably the ideal candidate as a consolidator. However, with shares trading at 54% of NAV, paying cash or using shares to buy at fair value is dilutive.”

Another big challenge to shipping M&A in 2020, specifically on the tanker side, is that rates have been extremely strong.

“I can’t imagine that there’s a product tanker owner with modern tonnage that hasn’t done great and is continuing to do great,” said Bugbee. “So, no one here is a forced seller in terms of the modern market. They don’t have to renew assets and they don’t have to sell to bolster their balance sheet.”

“Are there deals to be done? I don’t think so, or at least I haven’t heard of any,” said Hugo de Stoop, CEO of crude-tanker owner Euronav (NYSE: EURN).

“The reason is that we are on the back of three super-strong quarters and the quarter we’re in right now will also end up being a very good quarter.

“There is more uncertainty about the future than we’ve seen in the past, but I just think it’s too early for people to throw in the towel or decide to sell their fleet,” he said, noting, “The cash they’ve generated very, very recently and up until today has been phenomenal.”

De Stoop does see an M&A driver down the road. “There are a number of challenges for smaller shipowners, mainly related to regulations — primarily regulations around CO2 emissions — and also related to banks and capital access. Banks prefer to lend to public companies with good corporate governance and a lot of transparency than to smaller players.

“I think these smaller players face severe challenges, which I believe can only be addressed by size — by a big company like Euronav or some of the other public companies.

“That gives us real hope that when the market softens and values come off, people will realize that it might be a good opportunity and either become shareholders of bigger entities or simply take cash and reinvest in something else,” said De Stoop.

Euronav will do share-based transactions or pay cash. “We are very, very flexible,” affirmed De Stoop.

Amid the heightened chatter on M&A, there has been a flurry of results filed by dry bulk companies over recent days. All posted sizable losses.

Due to the lag effect — wherein rates for long voyages may be accounted for in the next reporting period — the dry bulk rate uptick at the end of the second quarter (Q2 2020) won’t show up in the numbers until the third.

Safe Bulkers (NYSE: SB) reported a net loss of $13.9 million versus net income of $1.8 million in Q2 2019. The adjusted loss per share of 16 cents was worse than the consensus estimate for loss of 9 cents.

Seanergy (NASDAQ: SHIP) posted a net loss of $11.3 million in Q2 2020 versus a net loss of $6.9 million the year before. The loss per share of 65 cents came in slightly better than the consensus estimate of a loss of 67 cents.