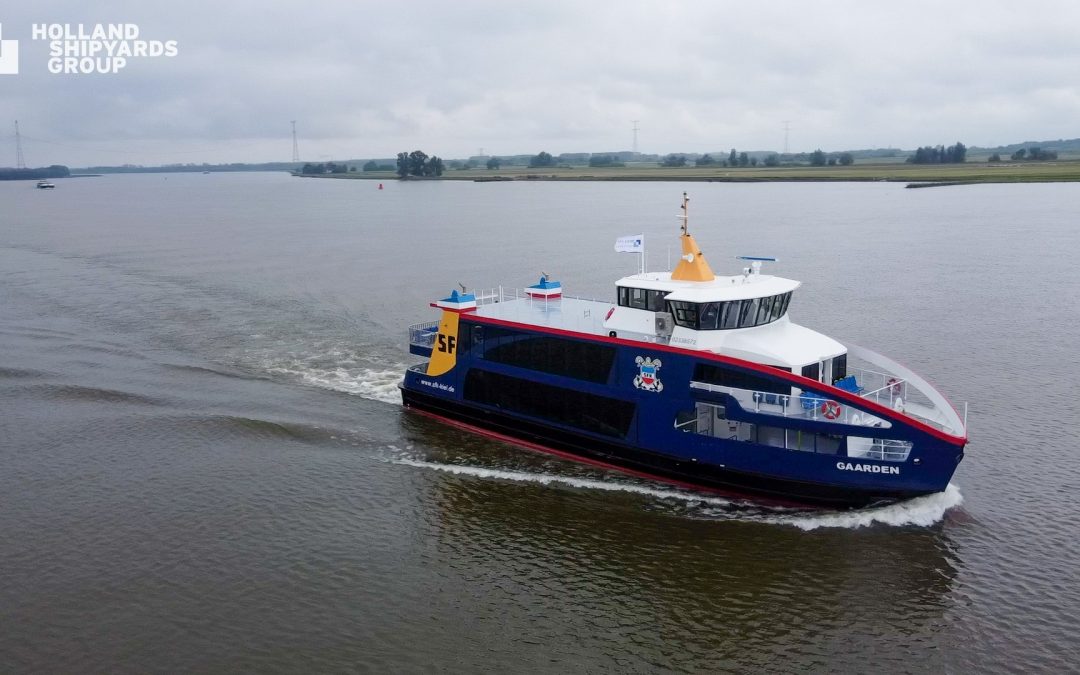 The contract comes after Holland Shipyards Group delivered to SFK the hybrid ferry Gaarden in July 2020.

The shipbuilder recently completed another ship for SFK. Named Düsternbrook, the fully electric ferry will be entering operations shortly.

As informed, the design of the three additional vessels is identical to that of Gaarden. The ferries will measure 32,40 metres by 8,80 metres and will be provided with a hybrid drivetrain that can be powered by either generators or by means of a battery bank.

The first two ferries are scheduled to be delivered in February and May 2022 and the last one at the beginning of 2026.

“Holland shipyards successfully prevailed in an European tender among twelve other shipyards. The contract included four ferries but was split into a prototype and an option of three additional vessels,” Ansgar Stalder, COO at Schlepp- und Fährgesellschaft Kiel, commented.

“Since the ‘Gaarden’ has been in service for several months and fulfilled her duties, Schlepp- und Fährgesellschaft Kiel is confident to extend the contract as originally intended.”

The latest order is part of SFK’s strategy aimed at renewing its current fleet.

The replacement of the fleet is also in line with the environmental goals set by SFK and the city of Kiel.

The city of Kiel aims to be CO₂ neutral by 2050 and expects shipping to play a major part in this shift.

With a role in building green vessels, Holland Shipyards Group said it is committed to working on a greener future for the maritime industry. The group 2021’s order book contains about a dozen fully electric or hybrid ferries.

“Propulsion systems are key in developing green vessels, therefore we are always investigating sustainable propulsion methods. This year we will be taking a pioneering step by retrofitting a vessel to run on hydrogen fuel cell propulsion,” the shipbuilder said, adding that the green mission is visible also in the production process which needs to be sustainable.

“Going green is not an option, but a necessity to leave a habitable planet to the next generations to come.”