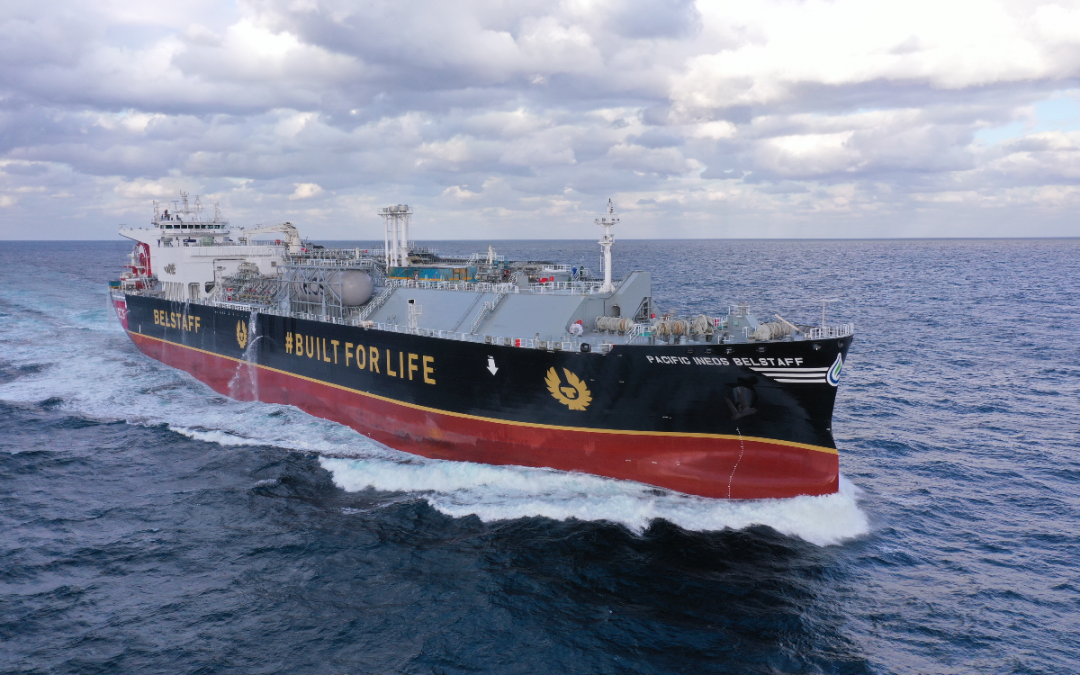 The technology for this project, completed in just 18 months, was created to support Babcock LGE’s cargo handling system (CHS) and fuel gas supply system (FGSS) for the vessel, which is owned by Pacific Gas, the Chinese very large gas carrier.

“We are proud to have been part of this amazing project and to have contributed with our most complete integrated automation and control system ever, further improving the operational performance of this impressive vessel,” said Duy Chau Do, Høglund Senior Project Manager.

Høglund’s priority was to develop a good interface and integration logic, to handle the complex gas handling operations designed by Babcock LGE in a safe and reliable manner.

“Most of the groundwork was laid in early 2021 with an early design of an overarching integrated automation and power management system,” Duy Chau Do said. “The owner, Pacific Gas, was proactively involved in the project, and we had vibrant communication over several months discussing all the details.

“When it came to cargo handling, we relied on Babcock LGE and their tremendous engineering capabilities. We had our most senior engineers work throughout the summer on translating the gas safety and alarm matrix from Babcock LGE into Høglund software logic and to ensure that all signals were treated correctly.”

Duy Chau Do added that effectively integrating automation and gas handling systems on gas newbuilds is a major challenge.

“Without properly considering automation and integration, the vessel is at risk of becoming too difficult to operate and maintain,” he said. “A smooth and solid collaboration between the Jiangnan shipyard, shipowner Pacific Gas, Babcock LGE and Høglund was vital to achieving success for a project of this scope and complexity.”

Babcock LGE played a leading role in the project, overseeing the complete design, supply and advisory supervision/commissioning of the CHS and FGSS.

“We are proud to have worked alongside Høglund Marine Solutions on this ‘first-of-a-kind’ ethane carrier,” said Neale Campbell, Managing Director – Babcock LGE. “Collaboration and teamwork have played a crucial role in delivering this project in challenging conditions and we are delighted that the vessel is now in-service and operating well.

“Our ecoETHN™ solution, which combines the CHS and FGSS to offer the most efficient ethane cargo solution on the market, has been well received by the shipowner and works seamlessly with Høglund’s automation and control system.”

The Pacific Ineos Belstaff was featured in Royal Institute of Naval Architect’s ‘Significant Ships of 2021’ list – a testament to the hard work and market-leading technological expertise of all involved in the project.