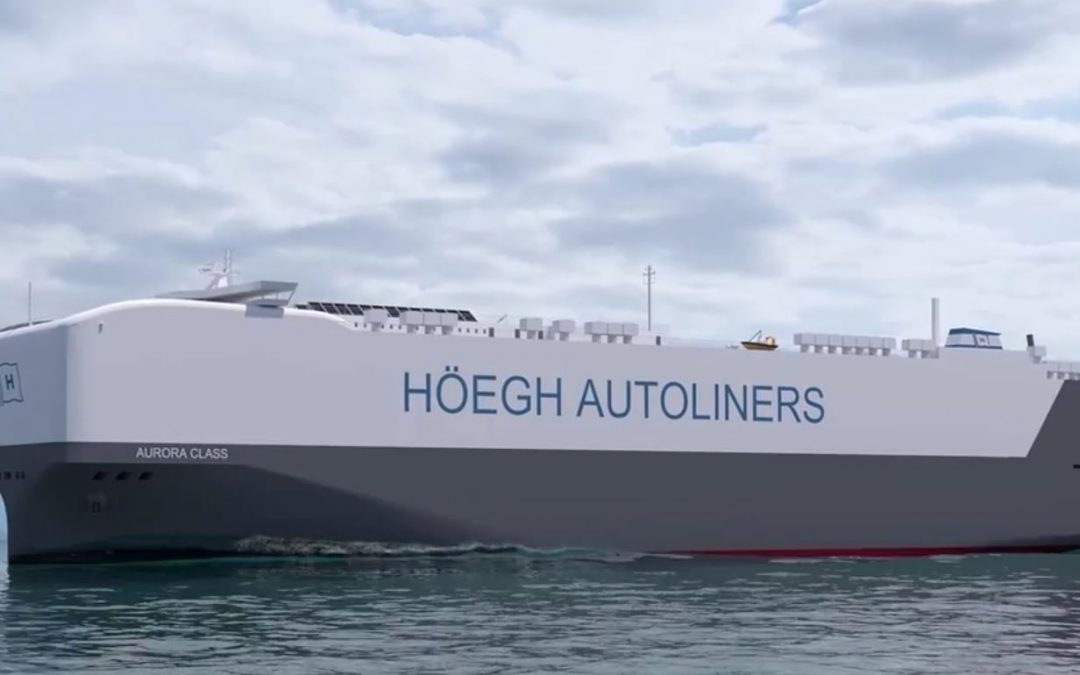 Höegh Autoliners is pleased to announce that it has entered into a Letter of Intent (LoI) with China Merchants Heavy Industry (Jiangsu) Co., Ltd. (CMHI) to build a series of its multi-fuel and ammonia ready Aurora class vessels.

Under the terms of the LoI, the first two vessels will be delivered already in the second half of 2024. The Aurora class has DNV’s new “ammonia ready” notation, which makes it the first in the segment to be ready for operation on carbon neutral ammonia. Together with its capacity to carry up to 9,100 cars it will be the world’s largest and most environmentally friendly car carrier to be built.

Höegh Autoliners has a proven decarbonisation record. Since 2008 the Company has achieved a reduced carbon intensity of 37 per cent across its fleet and is significantly ahead of the global IMO 2030-target of 40 per cent reduction. The company’s ambition is to reach a net zero emissions target by 2040, making it a leader on the path to zero.

We are excited to have secured delivery of the first Aurora class vessel already by 2024. It will be the first Ammonia ready vessel in its segment and the largest car carrier ever built. The Aurora class will bring cargo efficiency to a new level and put us in the forefront of sustainable shipping.
China Merchant Industry has been expanding its shipbuilding business over the past two years and it is now the largest PCTC builder and the fourth largest shipbuilding group in China. China Merchant Industry own Deltamarin, which has been tasked by Höegh Autoliners to design the new Aurora Class.

We look forward to working together and providing Höegh Autoliners with these state-of-the-art and environmentally friendly PCTC vessels.

Höegh Autoliners is a leading global provider of RoRo (Roll On Roll Off) transportation services delivering cars, high and heavy and breakbulk cargoes across the world. The company operates around 40 RoRo vessels in global trade systems and makes about 3000 port calls each year. Our purpose is to develop innovative solutions for greener and more sustainable deep-sea transportation. We are on a path to a zero emissions future and are working closely with customers and partners to achieve this. Höegh Autoliners has its head office in Oslo, Norway and employs around 350 people in its 16 offices worldwide and 1300 seafarers.