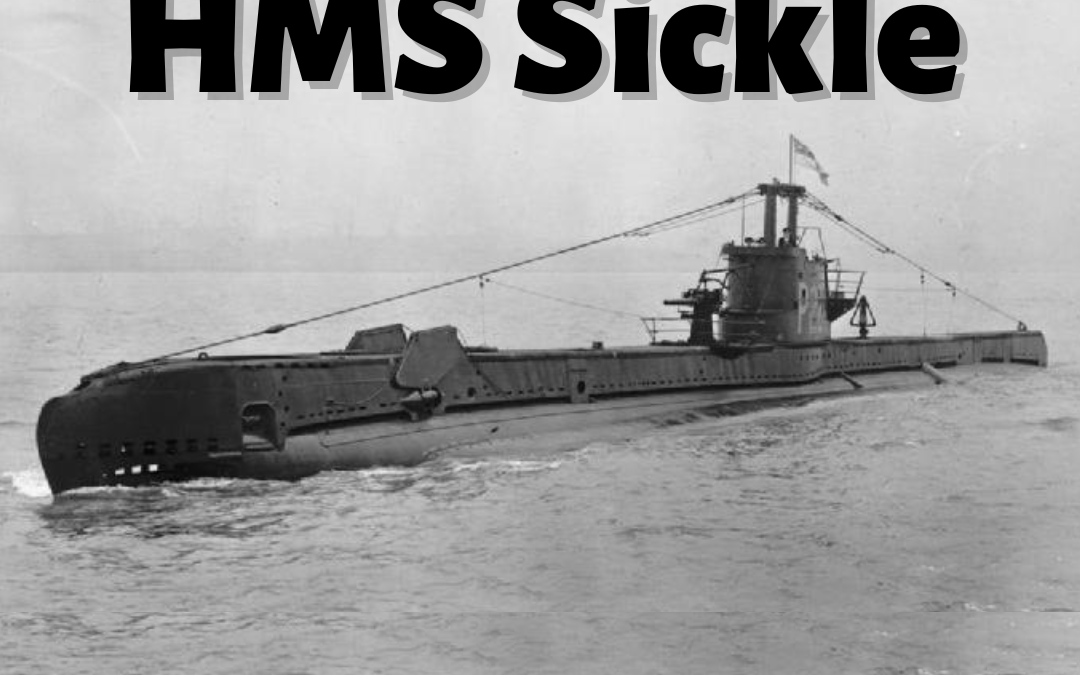 So far through the series, we have been reading about the Ships and their greatest shipwrecks. Through the vast categories of Vessels, we dive deep to read about the fearless journey taken by HMS Sickle, an S Class Submarine of the Royal Navy.

During World War, I & II German submarines called U-boats were used to attack enemy vessels. Many went missing or sank during both wars. While the remains of many U-boats have been recovered and preserved, there are still dozens lurking at the bottom of the ocean. One such vessel is the HMS Sickle, built specifically during World War II.

HMS Sickle was specifically chosen and built as an underwater fighting vessel. She started her career during wartime patrolling through the waters of the Mediterranean. Fighting against several fighter German submarines on her mission. During her wartime career operations, Sickle put down several German submarines namely the U-303, the auxiliary chaser UJ-2213, and many more. She also sank ten sailing vessels as well as damaged many German merchants and Italian merchants. HMS Sickle was known to be the fastest and smartest submarine owned by the British.

During one such mission, Sickle was in a gun battle with two German patrol vessels when one of her crew members (Able seaman Richard Blake) went on board and was washed overboard. He was captured by the patrol vessels and was taken into POW. He is the only living survivor of Sickle!

Sickle was on her patrol when a convoy suspected her presence and dropped two depth charges. Shortly after the attack Sickle lost contact and was never seen again and is thought to be lost in the mines of the Kythera Channel. HMS Sickle is the last of the submarines of the Royal Navy to be lost in the Mediterranean during World War II.

On this note, we end our series on deepest shipwrecks still waiting to be discovered! If you know of any more such interesting shipwrecks let us know in the comments below.