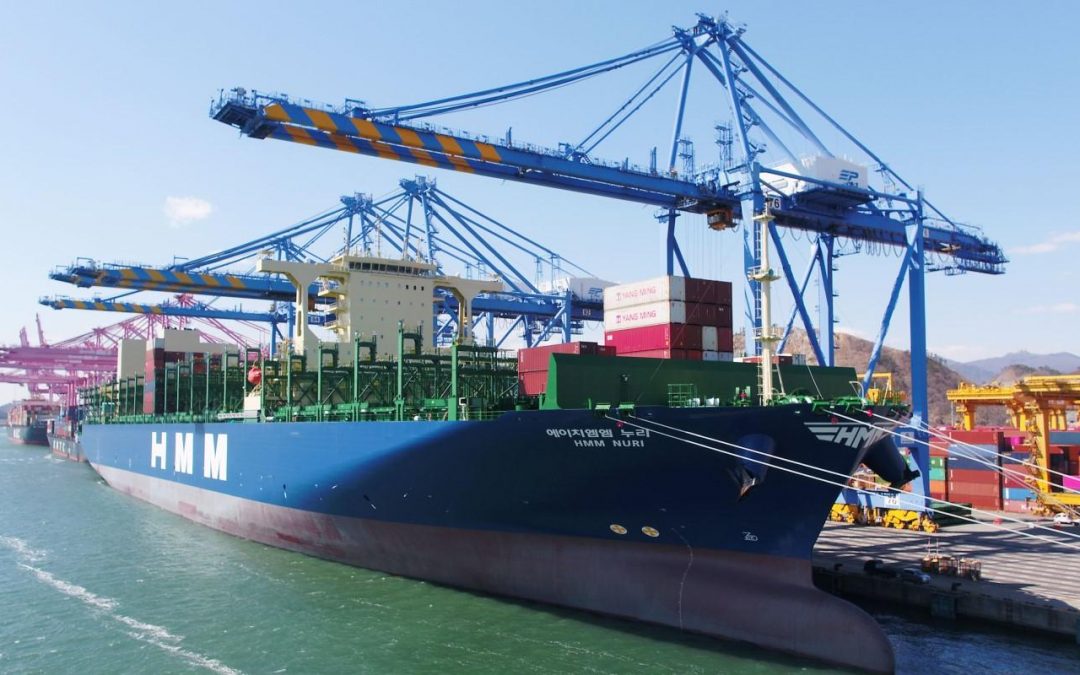 HMM has taken delivery of the first of a series of eight containerships from Hyundai Heavy Industries.

Liberian-flagged, 366 metre-long HMM Nuri has a 16,010 teu capacity with 1,200 reefer plugs; along with the rest of the vessels in the series it has an open-loop scrubber. NOx emissions are expected to be 80% below the industry average.

The ships will all transmit their operational data in real time to HMM’s Fleet Control Centre. Modern container securing systems have been adopted, including wind resistant lashing bridges.

HMM has plans to expand its fleet capacity to one million teu by 2022 with a total of twenty new vessels, including a dozen 24,000 teu ships.

HMM Nuri started its first voyage out of Busan on March 22 for deployment on the Far East Europe 4(FE4) route under THE Alliance’s product plan, following the port rotation of Busan—Shanghai—Ningbo—Yantian—Singapore—Suez Canal—Rotterdam—Hamburg—Antwerp—Southampton—Suez Canal—Yantian—Hong Kong—Shanghai—Busan.