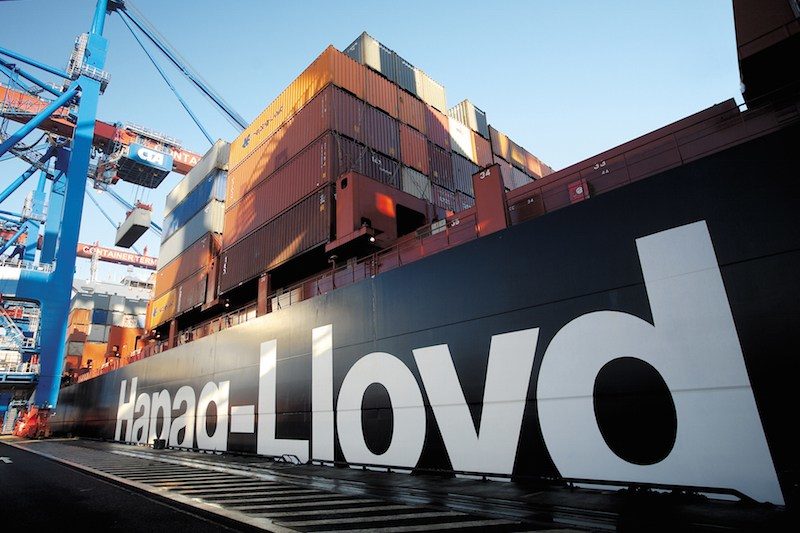 German liner company Hapag-Lloyd said the performance of the container shipping market in the third quarter of 2020 was much better than expected pushing up earnings.

Based on the preliminary findings, Hapag-Lloyd’s earnings before interest and taxes (EBIT) for the third quarter 2020 significantly increased to around €350 million (2019: €253 million).

Earnings before interest, taxes, depreciation and amortisation (EBITDA) rose to around €650 million (2019: €554 million). Volumes were 3 per cent under previous year, but much better than expected some months ago.

As a result, the company updated its EBITDA and EBIT guidance from €1.1 to 1.3 billion and an EBITDA of €2.4 to 2.6 billion respectively.

“Thanks to the positive market development and the wide range of measures we have introduced in recent months, we expect a financial year with results well above our previous forecast,” Chief Executive Officer Rolf Habben Jansen commented.

“Nevertheless the pandemic will remain to be a huge challenge and a major source of uncertainty for the entire logistics industry.”

Separately, rating agency Moody’s Investors Service (Moody’s) raised Hapag-Lloyd’s credit rating by one notch from ’B1‘ with a negative outlook to ‘Ba3’ with a stable outlook.

This is the highest credit rating assigned to Hapag-Lloyd since the rating initiation by Moody’s in 2010. Additionally, the senior unsecured bond rating was raised from ‘B3’ to ‘B2’.

Moody’s acknowledged that the container shipping market and in particular Hapag-Lloyd have performed very strongly and better than anticipated amidst the pandemic. As a consequence, Hapag-Lloyd’s credit metrics have continued to strengthen in the first half of 2020.