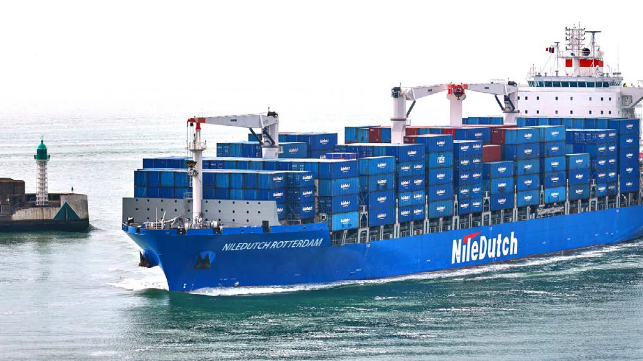 Hapag-Lloyd has finished its acquisition of the container and breakbulk line NileDutch, which specializes in the West African market.

With 40 years of experience in the business, Rotterdam-headquartered NileDutch is one of the primary containerized shipping companies along the West African coast. It has a presence in 85 locations across the world, with 16 offices in the Netherlands, Belgium, France, Singapore, China, Angola, Congo and Cameroon. The company also operates seven liner services with about 35,000 TEU of transport capacity, along with a small container fleet totaling about 80,000 TEU – a valuable commodity in a vessel market where used feeders fetch tens of millions of dollars.

After a sale and purchase agreement was completed in March, Hapag-Lloyd applied for regulatory approval for the merger. It has now received the green light from all appropriate antitrust regulators, and it has formally acquired all shares of the company.

“We are very excited about closing the deal and look forward to working with our new colleagues to unlock the enormous potential that Africa has to offer,” said Rolf Habben Jansen, CEO of Hapag-Lloyd. “With the people from NileDutch joining our company, Hapag-Lloyd is noticeably increasing the number of employees on the ground in Africa. We are happy and excited to welcome NileDutch’s roughly 320 employees to the Hapag-Lloyd family.”

Depending on market conditions, Hapag-Lloyd and NileDutch hope to integrate most of their businesses by the end of the year.

Other carriers have also been expanding their links into Africa. Last fall, Maersk announced it would be folding its Safmarine operations into the Maersk brand. Earlier this year, Ocean Network Express launched a direct service to Mombasa, Kenya and Dar es Salaam, Tanzania. The new route is in addition to two other East Africa services provided by the network.