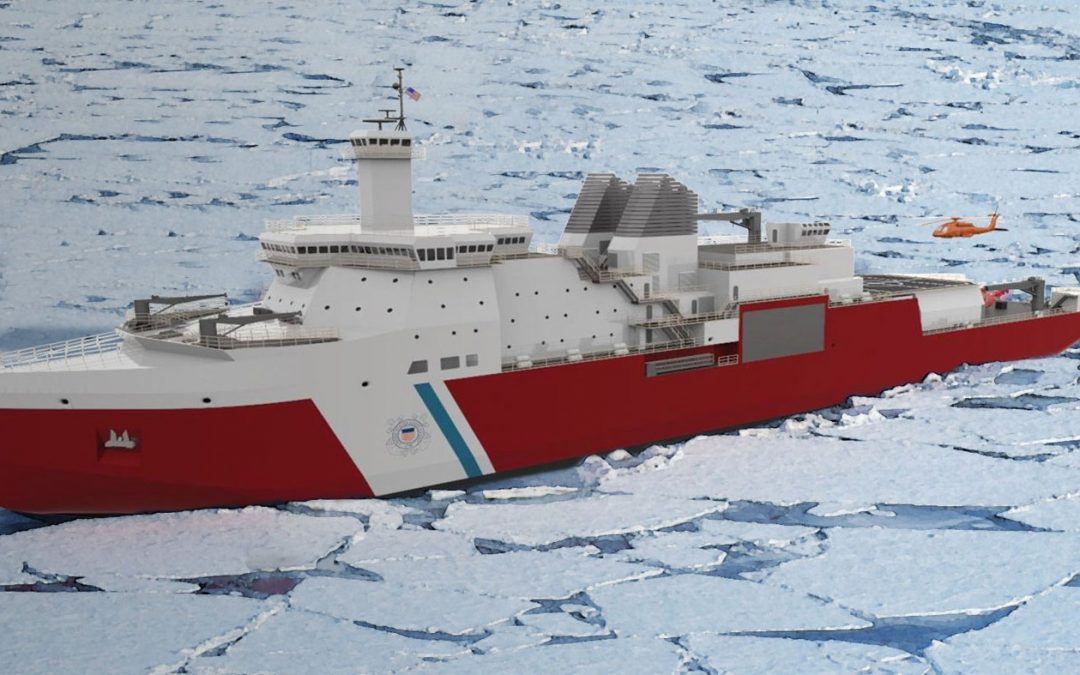 Pascagoula, Mississippi-based Halter Marine has been awarded the contract for the construction of the second U.S. Coast Guard Polar Security Cutter (PSC).

Halter Marine will serve as the prime contractor in the fixed-price incentive-firm contract awarded by the Department of the Navy. Initial efforts under the contract will target the purchase of long lead-time materials, specifically the generator sets, necessary to support production while ensuring commonality across the first two PSCs.

Halter Marine was awarded a $745 million contract in 2019 for the design and construction of the United States’ first new heavy icebreaker in more than 40 years. The contract included two options which, if exercised, would bring the the cumulative value of the contract to more than $1.9 billion.

The PSC program is a multiple year Department of Homeland Security program to acquire up to three multi-mission PSCs to recapitalize the USCG’s fleet of next-generation polar icebreakers.

Halter Marine, a company of ST Engineering North America, is teamed with Technology Associates (TAI) as the ship designer. The ship design is based on a German ”Polarstern II” design. The Halter Marine and TAI teams, along with other suppliers, are finalizing the PSC design.

The Polar Security Cutter will be 460 feet in length with a beam of 88 feet overall, a full load displacement of approximately 22,900 long tons at delivery. The propulsion will be diesel electric at over 45,200 horse power and readily capable of continuously breaking ice between six to eight feet thick. The vessel will accommodate 186 personnel comfortably for an extended endurance of 90 days.

In addition to TAI, Halter Marine has teamed with ABB and Trident Marine for its Azipod propulsion and power distribution system, Raytheon for command and control systems integration, Caterpillar for the main engines, Jamestown Metal Marine for joiner package, and Bronswerk for the HVAC system.

“By building the second Polar Security Cutter, Halter Marine will continue its mission in delivering a national priority to the United States Coast Guard. Our talented workforce here at Halter Marine is proud to be part of such an important endeavor,” said Bob Merchent, President and Chief Executive Officer of Halter Marine.

Construction on the first PSC is planned to begin in 2022 with delivery planned for 2025.

Polar Star underwent a three-year reactivation and returned to operations in late 2013. Since then, the icebreakers has completed six Operation Deep Freeze deployments to resupply McMurdo Station in Antarctica, as well one rare winter journey to the Arctic. The Polar Star entered into a service life extension project (SLEP) in 2021 to extend the cutter’s service life by four years.