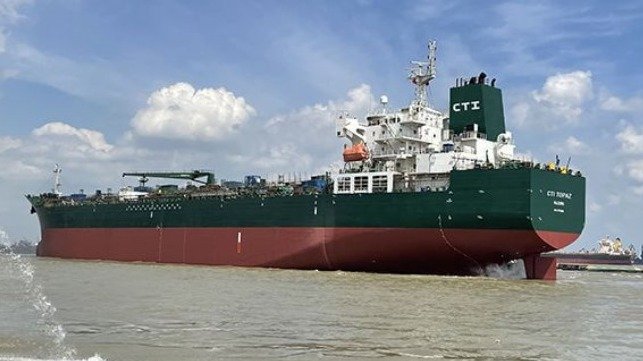 Consolidating its position in the tanker segment, Hafnia, part of Singapore-based BW Group, announced plans for an acquisition that will make it the largest operator of product and chemical tankers in the world. Under the terms of the agreement, they will take control of 32 modern and fuel-efficient IMO II product/chemical tankers through a share purchase of Chemical Tankers from investors Oaktree Capital Management.

Hafnia has long been an advocate of consolidation. According to the company, the acquisition will provide continued growth of the company’s platform enabling Hafnia to achieve improved earnings capability through the shipping cycle. The additions to the operation will complement Hafnia’s existing commercial activities in the Handy and MR segments while enabling enhanced trading flexibility through the ability to carry both clean petroleum products and chemicals, and limiting ballast time.

“The addition of the CTI fleet will help enhance our resilience in the face of volatile markets and create a more sustainable and future-proof transportation business that will include the ability to transport methanol, in addition to many other cargoes,” said Hafnia CEO Mikael Skov.

Hafnia currently owns or charters 101 product tankers and after completing the transaction will have the largest fleet operating a total of 233 product and chemical tankers, including 133 owned or charter vessels with an average age of seven years. The CTI fleet consists of six MR tankers built in South Korea in 2015 and 2016, 18 Handy tankers built in the same timeframe, and eight Intermediate built in Japan between 2016 and 2017.

In a presentation to investors, the company said that it believes that oil demand is showing a steady recovery from the lows in the second quarter of 2020 while currently, inventory levels are remaining stable. They also believe that exposure to the chemical markets will be beneficial in the longer term as global oil demand continues to evolve. They also highlighted a steady growth in cargo volumes for clean petroleum products while noting that growth in the product tanker market will be slow with few new ships on order.

The transaction, which will require consent from CTI’s existing financiers, is expected to close by February 1, 2022. Oaktree Capital Management will receive shares in Hafnia representing just over 20 percent of the company while CTI’s other investors will hold approximately one percent of Hafnia.

Oaktree Capital had taken control of the CTI last summer after buying out the shares of the Navig8 Group. Oaktree and Nvig8 founded the company then known as Navig8 Chemical Tanker in 2013.