Green Ship To Encourage Rail Transport In The Baltic Region 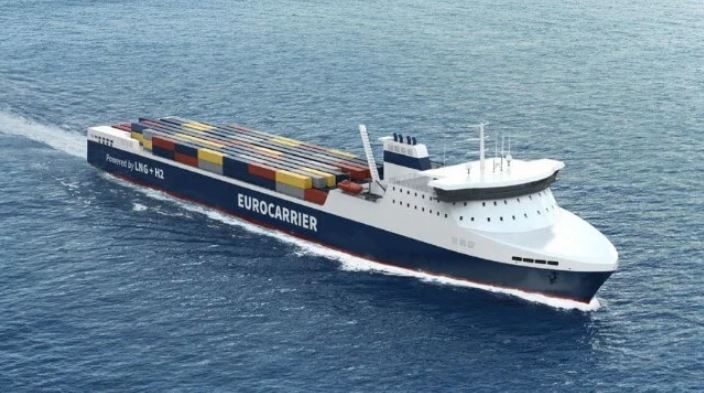 One of the challenges in lowering greenhouse emissions is replacing road transportation with more environmentally efficient means of moving cargo. Designers at Finland’s Deltamarin Group are working with Fennorail on a conceptual design that they believe would encourage the switch to rail transport.

Known as the Fennorail Eurocarrier train ferry, the concept is for a unique vessel that would be capable of carrying both train and truck cargo and operating on environmentally-friendly alternative fuels. The vessel would operate in the Baltic Sea and have a capacity of more than 1,000 lane meters for train cargo and an additional 1,500 lane meters for trucks. The objective of the effort that is currently underway is to develop the world’s greenest train ferry by optimizing the design and selecting machinery systems compatible with alternative fuels such as LNG and green hydrogen.

“We strive to make the train ferry climate-friendly and profitable,” said Kaj Jansson, a member of the Board of Fennorail. The train ferry will have multifuel marine engines that can run on either pure LNG, a mixture of LNG and green hydrogen, or Marine Gas Oil (MGO).” Other elements of the design will include pod propulsion with two 360-degree rotating units to increase efficiency and the ship’s maneuverability.

The Eurocarrier train ferry seeks to connect Finland to the European TEN-T railway networks and create a connection across Eastern Europe to Central Europe and the Mediterranean. According to Fennorail, approximately 400,000 trucks per year, or almost 1,100 trucks per day, travel on car ferries between Finland and Estonia. The emission footprint from heavy goods vehicles is more than five times greater than rail traffic, so significant emission reduction can be achieved by shifting a portion of the cargo from road to rail.

“The design for this unique vessel, which aims to connect Finland to the European railway network and support the goals of the Paris Agreement by moving part of the road cargo onto rail, offering significant emission cuts per transported cargo tonne-kilometer,” says Deltamarin’s Sales Manager, Jaakko Lappi.