Greek Shippers Threatened With Sanctions, Forced to Hand Over Iranian Oil Cargo to US, Report Says 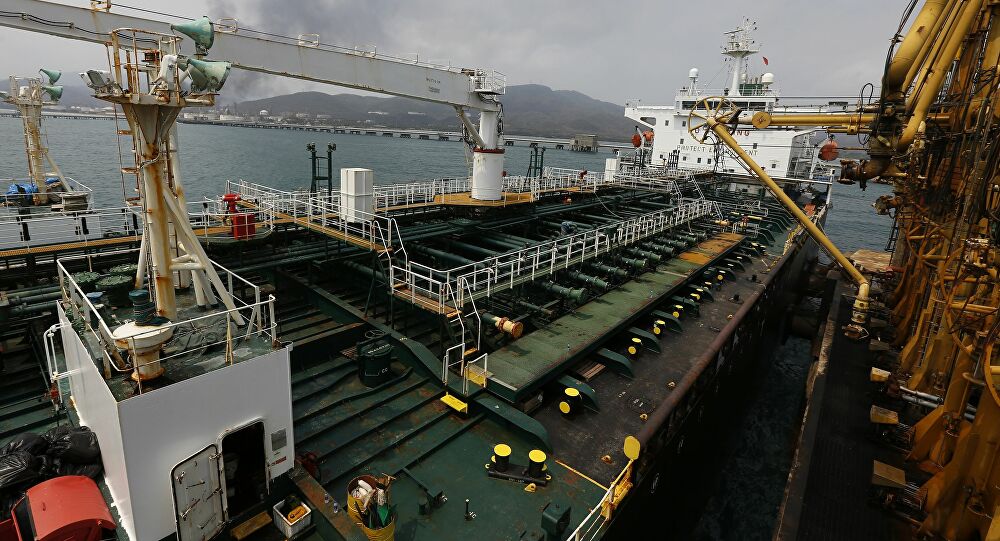 Last year, the White House pledged to sanction any actor involved in purchase or transaction of Iranian oil, citing Tehran’s alleged support for militant groups in the region and its ballistic missile programme. Despite the threats, a number of countries still continued their oil business with Iran.

Washington has forced Greece-based shipowners to surrender their cargo of Iranian fuel to the US government or face sanctions from the Trump administration, The Wall Street Journal reported, citing people familiar with the confiscation.

The ships in question, reportedly owned by Greek Vienna LTD and Palermo SA, were said to be loaded with Iranian oil, despite the sanctions imposed on Tehran. According to the report, their owners “grew frightened” due to the threat of US sanctions that could target the shippers and their crews, potentially depriving them from access to US banks and dollar depositions.

After a US federal prosecutor filed a suit to seize the tankers, the shippers agreed to transfer the oil cargo to Greece’s Eurotankers and Denmark’s Maersk vessels. They were subsequently expected to arrive in Houston, and according to US President Donald Trump’s comments to the press, might have already come to the US port. If the oil cargo will be recovered from the court, the money from its sale will go to the US Victims of State-Sponsored Terrorism Fund, the Department of Justice said in a press release. According to sources familiar with the transaction, the cargo has already been paid for by Venezuela.

The operation was confirmed by the US Justice Department, which said that oil cargo was confiscated from four Greek vessels: the Luna, the Bella, the Bering and the Pandi, which were heading to Venezuela. The development took place in international waters, with no physical presence of US authorities, insiders revealed, including one unnamed American governmental official. There was no personal communication between the owners of the ships and the US officials, the sources said.

The DoJ thanked US Special Representative for Iran Brian Hook for assisting the department and the Homeland Security office in the cargo’s confiscation. From his part, Hook argued that Iran was using “oil revenues to fund terrorism”.

“We have collapsed Iran’s oil sector through a significant sanctions regime, and we enforce our sanctions. We have warned the maritime community for two years of the dangers of moving Iranian oil,” the official alleged.
Following reports about the seizure of the four ships, which were initially alleged to be Iranian, the country’s Ambassador to Venezuela Hojat Soltani denied the claims, calling them “psychological warfare by the US propaganda machine”.

The US is set to target any actors, companies or countries which purchase Iranian oil or take parts in the transaction, accusing Tehran of supporting terrorist groups operating within the country. The Trump administration is also attempting to halt the Iranian nuclear programme and the development of ballistic missiles by Tehran. Recently, the US also introduced a proposed UN Security Council resolution that will call for an extension of the arms embargo on the country, which is set to expire in October.