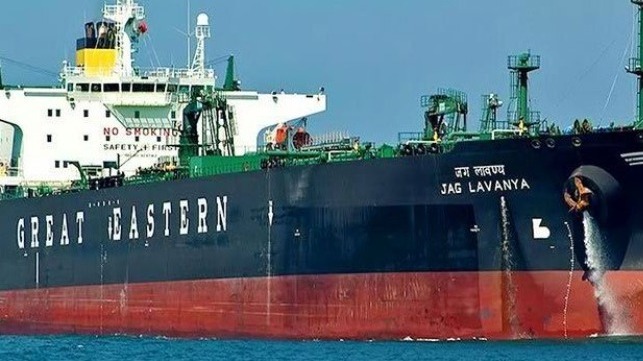 When it comes to shipowning nations, the likes of Greece, China, and the USA are the first countries that come to mind. Despite playing a major part in world trade, India’s domestically-owned fleet has been small for some time now, with the state-owned Shipping Corporation of India (SCI) dominating the market when it comes to fleet size and tonnage.

Now, with 69 ships, Great Eastern Shipping Co Ltd has overtaken SCI to become India’s biggest shipowner by fleet size, moving ahead in a market that has been dominated by the state-owned corporation for years now.

In comparison, SCI now owns 59 ships to Great Eastern’s 69. But SCI is still ahead when it comes to deadweight tonnage. SCI’s 59 ships add up to a total of 5.3 million dwt, representing 35 percent of India’s total tonnage. Great Eastern, with its fleet of 69, has about 3.9 million dwt (excluding its four oil drilling rigs), accounting for a 25 percent share of the country’s shipping tonnage.

Breaking down the fleets of both the companies, here is a consolidated list:

One area in which Great Eastern has been extremely successful is in the second-hand market. The firm has been actively involved in buying and selling vessels, acquiring nine ships since 2018 and selling seven ships for further trading or scrapping.