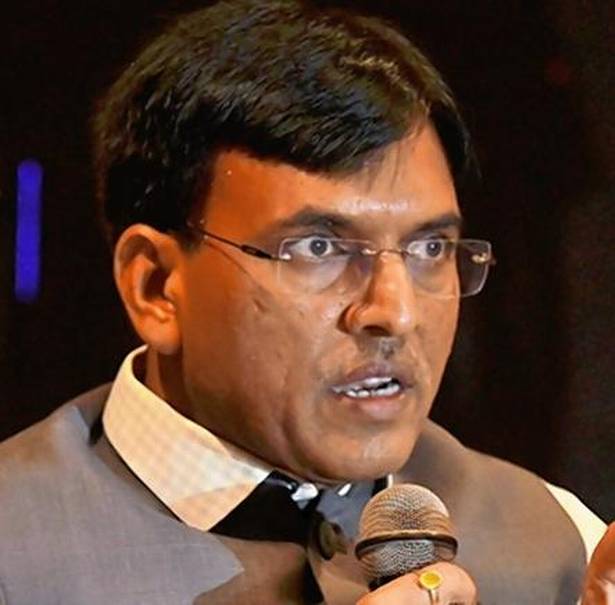 The Government has initiated multiple steps to reduce high logistics cost, including strengthening inland waterways, Shipping Minister Mansukh Mandaviya said recently, as he urged private players to join hands to propel India’s growth.
Mandaviya, who was addressing a virtual event ”Creating Multimodal Transport Network Using Big Data” organised by PHDCCI, also expressed concern over the high logistics cost in the country, which was 30 per cent more than that in developed nations.
“The Government of India has taken a large number of steps to reduce logistics cost in the country in order to fuel growth. These include making a network of inland waterways to transport cargo in a cost-effective manner. We have made 1,400 km of waterways operational,” Mandaviya said.
The Minister said the aim of creating a network of waterways is to reduce logistics costs, boost exports and make the country self-reliant, as per Prime Minister Narendra Modi’s ”Atmanirbhar Bharat” initiative.
“It is time that private players join hands with Government in PPP
(public private partnership) projects including ports to fuel economic growth,” the Minister said.
He urged private sector companies to come forward for initiatives like indigenous building of cranes for ports which so far were being imported at an annual cost of about Rs 10,000 crore.
He said the shipping ministry has taken initiatives like introducing the ”PCSIx” platform to reduce logistics costs.
Port community system ”PCS1x” is a cloud-based technology that offers services like notification, work-flow and track and trace and it is estimated that this feature alone will reduce up to two days in the life of a transaction.
Mandaviya further said inter-ministerial consultations were on to boost multimodal transport in the country.
Enhanced focus on waterways has resulted in higher cargo movement on inland waterways as well as the Indo-Bangladesh protocol route which has enabled faster delivery of cargo to north eastern states, including Tripura, he added.
The minister said only about 67 of the country’s 200 ports are functional at present and a number of steps have been initiated to develop all the ports.
He also termed “Yoga, Ayurveda, Spirituality and Khadi” as India’s strength.
Mandaviya also stressed on the need for enhancing Indian flag vessels to promote the Port and Shipping Sector.