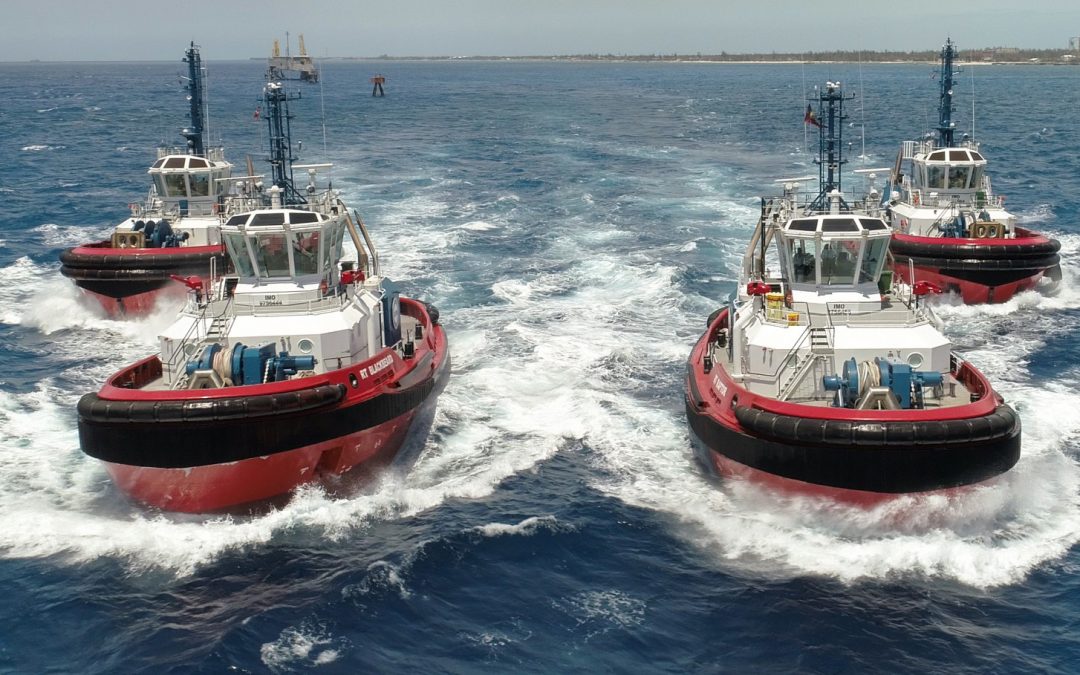 The Shipping Ministry will blacklist Indian tugboat owners from participating in vessel hiring tenders floated by major port trusts if they fail to replace a foreign built tug initially offered for work on winning the contract with an Indian built tug within 18 months of starting the charter.

This is one of the key stipulations written into the standard operating procedures (SOP) issued by the Shipping Ministry for procurement/chartering of tugs by major port trusts to support the ‘Atmanirbhar Bharat’ and ‘Make in India’ initiatives and in turn boost local yards.

In case none of the bidders in a tender is in a position to provide Indian built tugs, then the bidders shall be granted the option of offering an alternative tug meeting the operational requirements of the port, on the condition that the tug initially offered is substituted with an Indian built tug as per the Approved Standardized Tug Design & Specifications (ASTDS) not later than 18 months from the date of commencement of the charter, failing which the party shall be liable for appropriate penalties as laid out in the tender, according to the SOP issued by the ministry.

“Such defaulting parties shall thereafter be barred from participation in further tenders for chartering of any type of vessel for all ports under the Ministry of Shipping,” it said.

Major port trusts are barred from floating global tenders for procurement or chartering of tugs of less than ₹200 crore. In the case of hiring of tugs, the charter agreements should be for a minimum of seven years.

The ministry will issue ASTDS to help major port trusts expedite implementation of the ‘Make in India’ policy.

The ASTDS shall be developed by the Indian Ports Association (IPA) through Cochin Shipyard Ltd for a certain number of variants (initially about 5 types), based on the recommendations of a Standing Specification Committee (SSC), covering Outline Specifications, General Arrangement, Basic Calculations, Basic Structural Drawings, Key System Drawings and other Construction Standards. This will be technically vetted by the SSC and ‘Certified in Principle’ by the Indian Register of Shipping.

Ongoing charter contracts will continue till the tenure ends.

The SOP, though, is silent on the status of some 400 tugs owned by local firms and operating under the Indian flag but built outside India. These tugs would be excluded from participating in the upcoming tenders of major port trusts, rendering them redundant with resultant impact on lenders who would be wary of funding tug purchases due to policy uncertainties.

This is expected to trigger a backlash from Indian fleet owners who will be forced to seek legal remedy if their existing foreign-built, Indian flagged tugs are not treated on par with prospective Indian built tugs in public tenders.

“The existing Indian flagged tugs (built overseas) should not be treated any differently. The government should clarify that existing Indian flagged tugs are treated on par with prospective Indian built tugs because any order like this can only be prospective, it cannot be retrospective. If that doesn’t happen, the fleet owners may be forced to approach the courts,” said a shipping industry consultant.

“The direction to procure or charter tugs that are only made in India should not be at the cost of existing Indian flag tugs which are operating in the major ports. For many years, the government has been harping on the need to expand the Indian flag fleet and today it cannot suddenly change its stance to say Indian built tugs will be given preference over Indian flagged tugs. Overnight, the existing players cannot be put to a disadvantage,” the consultant added.