Good And Evil Live Within Us 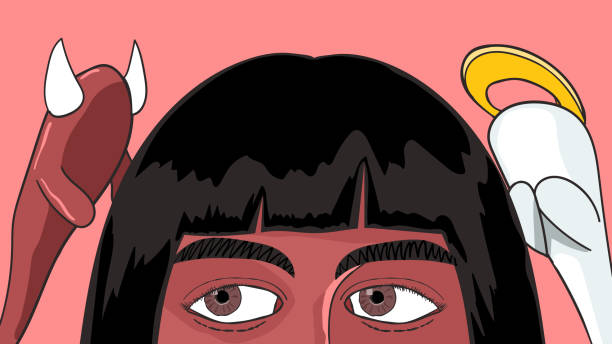 Good and evil are two sides of the same coin; both co-exist within every individual. Every criminal, murderer, rapist, and terrorist is also a human being. We may not be hard-core criminals, however, all of us, at some point or another, tend to lose our inner battle. We, as humans, have such double standards towards crime. On the one hand, we don’t want ourselves or our families to be victims of any kind of crime, and while on the other, we would not hesitate to get away with something immoral for our benefit.

We teach our kids virtuous morals and give them a virtuous education. But then, we are caught in the trap of reality and forget these very teachings. We must remember that our kids learn from our mistakes. Additionally, sometimes we perpetuate wrongdoings without realizing that they can lead to something bigger.

I have been privy to two very similar situations, where both have had very distinct endings. In the first one, a polio-affected man was trying to defend his father from a group of people when suddenly someone gave him a knife. In the heat of the moment, a simple hand-fight turned into a grisly murder as the polio-affected man started stabbing everyone. A similar situation arose sometime later when a man was in a family feud. Had his friends passed him a weapon too, that situation could have had the same consequence. Instead, his family and friends calmed him and the incident was forgotten later.

A small misstep can lead to grim consequences, and when one lets evil reign, they have to pay the price. Furthermore, we seem to have a very perverse attraction toward crime, fame, and evil. We enjoy the sensationalism of crimes that is constantly done by the media and devour news features that glorify crime on a daily basis. In fact, movies, books, and TV shows that are based on salacious crimes, scandals, or are X-rated, are often a huge hit.

The fascination with a crime doesn’t stop there. We love, idolize and support celebrities and our favorite film actors accused of misdemeanors and crimes. So much so, that our entire generation has begun to believe that the only way to climb the ladder of success is by using immoral methods. Is it really so shocking that the crime wave in India seems to be spreading like wildfire? Whether we pay a small bribe or break the signal, we somehow unintentionally or intentionally propagate crime. If we continue to have a perception that we can get away with breaking minor laws, crime, our thoughts will remain the same and we will never be able to grow as an individual and contribute society as a whole.

Life is neither good or evil, but only a place for good and evil.