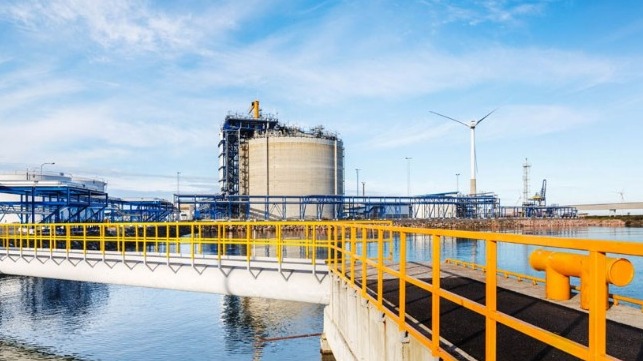 As part of the ongoing efforts around the world to build an LNG bunkering infrastructure for the shipping industry, two of the leaders in the field announced they will form a partnership to develop a global network. Pavilion Energy Singapore and Gasum, the Finnish state-owned gas company operating across Northern Europe, announced a new global partnership.

“This partnership underlines our aim to build a worldwide network,” said Johanna Lamminen, CEO of Gasum. “For our customers this means that we will support them with LNG wherever they are. We are very happy for having Pavilion Energy as a partner in the Far East supporting our shipping customers.”

Independently, each of the companies has worked to build LNG capabilities. Pavilion Energy’ has pioneered LNG bunkering in Southeast Asia and as a licensed LNG importer and bunker supplier in Singapore has invested in and supported Singapore’s LNG bunker readiness. Gasum developed LNG bunker solutions in northwest Europe. It currently has five LNG bunker vessels in operation and several LNG terminals in the Nordic countries.

“Pavilion Energy is thrilled to partner with Gasum and provide customers with a wide supply LNG bunker network for ocean-going vessels sailing between the Far East and Northern Europe,” said Frédéric H. Barnaud, Group CEO of Pavilion Energy, “We will complement this alliance with additional LNG bunkering partnerships in the Mediterranean, North Asia, and the Americas.”

According to the companies, the network will combine global commercial offerings with regional operational expertise. They expect it will bring further momentum to the emerging LNG bunkering industry.