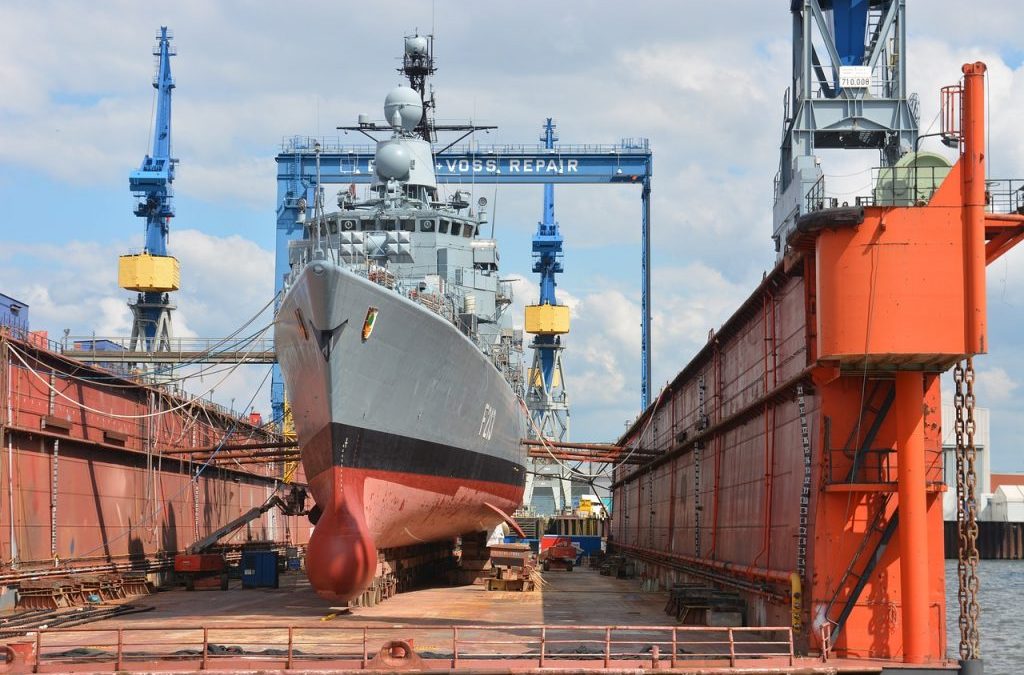 The heatwave experienced in parts of the world has seen temperatures of between 40 – 42C recently – and according to an article in TradeWinds, ‘Shipyard work has become nearly impossible in the sweltering temperatures and workers have had to take unscheduled breaks’ meaning that production has been delayed.

Many yards are therefore having to declare force majeure due to extreme weather and, whilst owners may push back depending on their particular wording, it is hard to see what the yards could reasonably do to alleviate the current conditions.

Most shipbuilding contracts set an agreed “delivery date”, with liquidated damages payable to the buyer (via reduced purchase price) in case the yard misses the delivery date. They tend to contain a system for calculating a long stop date, on which the buyer gets a right to cancel the contract completely if the ship has not been delivered. Most shipbuilding contracts also contain a mechanism by which the yard can push back the contractual delivery date in case of certain types of delay. Typically, there will be “permissible delays”, which tend to include “force-majeure” type delays. Usually, a yard will be given quite a lot of lenience in being able to push back the contractual delivery date due to “permissible delays”, because these are seen as relatively excusable delays, as long as there is compliance with contractual provisions about giving notice of delay and mitigation.

Contracts typically also permit extensions for other delays, sometimes called “non-permissible” delays, but only to a limited extent, and again usually only if notice is given.

“Acts of God” or “weather conditions not included in normal planning”

The term “Act of God” is frequently used as a catch-all provision in force majeure clauses, such as Article VIII of the SAJ Form of shipbuilding contract (“the SAJ Form”). It has been defined in English law as “such an operation of the forces of nature as reasonable foresight and ability could not foresee or reasonably provide against”. If the yard wants an extension of the delivery date based on an “Act of God”, it must prove not only the impact of a natural phenomenon on the expected delivery date, but also that it could not reasonably have been avoided.

The extent to which mere extreme weather, as opposed to specified meteorological events such as storms or lighting strikes, can constitute an “Act of God” has not been finally settled by the English courts. But it seems likely that weather can constitute an “Act of God” if it is so extreme, judged in light of the usual conditions at the place of contractual performance, that the yard could not reasonably have been expected to take steps in advance to avoid it.

There is also no clear ruling on whether extreme heatwaves would be encompassed by the clause “flood, typhoons, hurricanes, storms or other weather conditions not included in normal planning” in Article VIII of the commonly-used SAJ Form”. Therefore whether or not a heatwave would count as a “force majeure” event under this clause will be a matter of fact and degree. The fact that it is relatively common for Chinese shipbuilding contracts to be amended expressly to include as potential “force majeure” delay any periods of time during which external temperatures at the shipyard exceed 35° may impact the interpretation of Chinese shipbuilding contracts, if those clear words have been left out.

Strikes at the yard

If workers actually down tools due to extreme weather, several types of shipbuilding contracts list strikes at the yard as a type of ”permissible delay” alongside other typical ”force majeure” events. For example, Article VIII of the SAJ form provides for delays due to strikes to count as ”permissible delays” if “at any time before the actual delivery, either the construction of the vessel or any performance required as a prerequisite of delivery of the vessel is delayed due to…strikes, lockouts or other labour disturbances”.

It will usually be open to the buyer to try to argue that the relevant delaying event did not trigger a “permissible delay” under the shipbuilding contract, because the yard has acted unreasonably. This is because English law usually requires a person seeking to rely on a “force majeure” clause to show they took reasonable steps in advance to avoid the impact of a “force majeure” event and to mitigate its effect.

For example, in a strike situation, the buyer could argue the yard has been unreasonable in its dealings with its workforce i.e. the strike was not in fact outside the yard’s control. The courts have been sympathetic to arguments like that. E.g. in Channel Island Ferries Ltd v. Sealink Ltd (1987) the yard was entitled to rely on a force majeure exception of strikes only if there was nothing it could reasonably have done to avoid the strike or to mitigate its consequences. For this reason, the type of strikes capable of generating force majeure delays and qualifying as “permissible delays” under shipbuilding contracts will tend to be those affecting the whole or a substantial part of the shipbuilding industry in the country of construction, rather than just the particular yard in question.

Yards have often come off badly before the courts in the case of delays. They would do well, therefore, to document and claim delays arising from the current extreme conditions, including:

Claim for permissible delays as they arise, and make sure records of delays supported by critical path analysis are kept.

Comply with all formal notification provisions under the contract.

Keep a record of how the conditions have impacted work at other yards, and even how they have impacted other industries, in the region.

Keep a clear record of what has been done to try to overcome delays, in an effort to demonstrate that the yard has acted reasonably.