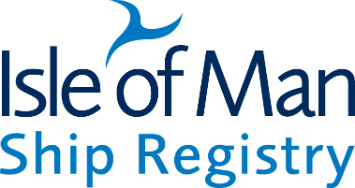 The Isle of Man Ship Registry has become the first flag state to join the Getting to Zero Coalition, an industry-led alliance working towards decarbonising the international maritime shipping sector.

Established in 2019, the coalition is a partnership between the Global Maritime Forum, the Friends of Ocean Action and the World Economic Forum. Its members include more than 120 organisations from the maritime, energy, infrastructure and finance sectors.

The coalition says the development and deployment of commercially viable, deep-sea zero-emission vessels by 2030 is key to achieving the International Maritime Organisation’s (IMO) target of reducing greenhouse gas emissions (GHG) from shipping by at least 50 per cent by 2050 compared to 2008 levels.

The Douglas-based registry believes that flag states have an important role to play in promoting green shipping and helping the industry meet IMO environmental targets.

“It is our collective responsibility to respond to the climate emergency by taking action to effect real change for the benefit of our environment and industry,” Cameron Mitchell, Director of the Isle of Man Ship Registry, commented.

“The Getting to Zero Coalition brings together a diverse range of organisations and we are looking forward to working closely with them to help make commercially viable, zero-emission vessels a scalable reality.”

“The coming decade will be decisive for the future of global seaborne trade. We look forward to working together with the Isle of Man Ship Registry to deliver on our common vision of decarbonized shipping,” Johannah Christensen, Managing Director, Head of Projects & Programmes, Global Maritime Forum, a Partner of the Getting to Zero Coalition, said.

The Isle of Man Ship Registry is ranked 17 in the world by Clarksons in terms of tonnage with around 14 million gross tonnes, 400 ships and 11,000 seafarers under its flag. The registry has held top spot on the Paris MoU Port State Control whitelist and is firmly on the whitelist in the Tokyo MoU rankings. It is also one of the high-performing flags on the US Coast Guard’s Qualship 21 schemes.

Last month, the registry revealed that a new diesel-electric hybrid ferry being built for the Isle of Man Steam Packet Company will be flagged with the Isle of Man Ship Registry. The next-generation ferry is scheduled for delivery in 2023.