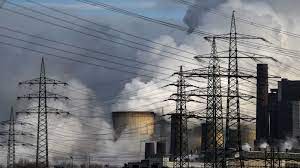 A number of industrial companies in Germany are cutting production in reaction to soaring energy prices, a survey by the country’s Chambers of Industry and Commerce (DIHK) showed on Sunday.

The survey of 3,500 companies in Europe’s largest economy found that 16% are scaling back production or partially discontinuing business operations.

Russia’s invasion of Ukraine in February has had major implications for governments and businesses across Europe as they grapple with soaring energy costs and fears of acute gas shortages over the peak demand winter months.

“These are alarming figures,” said DIHK’s president Peter Adrian. “They show how permanently high energy prices are a burden.”

Germany is largely dependent on Russian gas to fuel its export-led economy and to keep homes warm. But the nation has been bracing for a possible complete halt in Russian supplies if Moscow steps up its use of gas as an economic weapon against the West while it wages war in Ukraine.

Already down from last year, Russian gas flows have slowed even further through the Nord Stream 1 pipeline, and Berlin has moved to the second of three stages of its supply emergency plan.