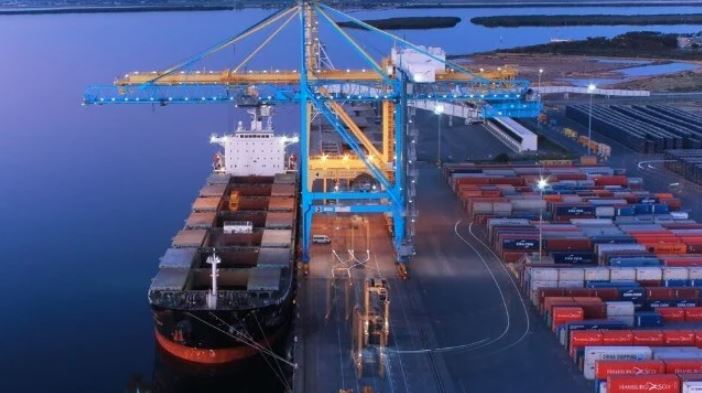 Australian authorities are reporting that they have detained four crewmembers from a bulker as part of the biggest haul of illicit drugs ever confiscated in South Australia. They believe the smuggling operation was part of a larger organized crime network that was attempting to distribute cocaine across Australia.

The multi-jurisdictional operation, involving the Australian Federal Police, Australian Border Force, South Australia Police, Australian Criminal Intelligence Commission, and the Department of Home Affairs, targeted the bulker after receiving information of a potential drug shipment being brought to Australia.  The operation led to the recovery of 416 kg of cocaine worth an estimated street value of more than A$166 million (US$125 million).

“The investigation was launched in mid-March after an assessment of intelligence that suggested a commercial bulk carrier, the Kypros Bravery, was to be used to traffic illicit drugs into Australia,” Peter Harvey, assistant commissioner of the AFP told a briefing.

Teams from the task force boarded the Cyprus-registered bulker owned by Alpha Bulkers while the vessel was docked in Port Adelaide on March 17. According to the AFP, during the search they failed to turn up the narcotics but located evidence that led them to believe the vessel had been involved in the drop off of a significant quantity of drugs at sea. The police suspected that the drugs were dropped overboard at a predetermined location in “deep waters off the Yorke Peninsula,” west of Adelaide.

They began an extensive search of the Australian coast using marine, land, and air patrols. Supporting their belief that there had been a drop at sea, members of the Australian volunteer coast guard reported that they had rescued a small boat near Kangaroo Island south of the peninsula that had run out of fuel at the time of the suspected drop.

“After working for four days, ABF officers found about 400kg of cocaine a substantial distance off the coast and towed the drugs to shore,” said ABF Acting Chief Superintendent Alex Kelsall. Reports did not indicate if the narcotics had been left in a raft or boat or how they were floating offshore.

Four Filipino crewmembers working aboard the bulker were taken into custody by the police. They were due to appear in an Adelaide court on April 1. They are charged with “importing a commercial quantity of a border controlled drug,” and if found guilty the maximum penalty is life imprisonment. The investigation is continuing with the AFP reporting that further arrests are expected.