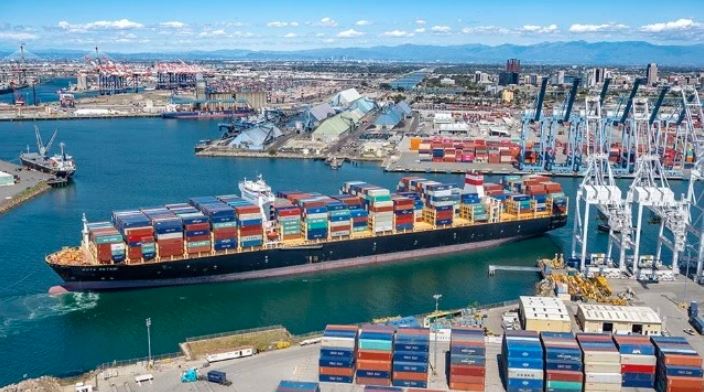 The White House and the U.S. Department of Transportation announced Friday the appointment of retired General Stephen R. Lyons, former Commander of the U.S. Transportation Command (USTRANSCOM), as the Biden Administration’s new port envoy to address bottlenecks in the supply chain, speed up the movement of goods, and help lower costs for American consumers.

Lyons will take over the role of Port and Supply Chain Envoy to the Biden-Harris Administration Supply Chain Disruptions Task Force from John D. Porcari, who has been the port envoy since August 2021. In his new role, hewill work with the U.S. Department of Transportation (USDOT), the White House National Economic Council (NEC), ports, rail, trucking and other private companies across the nation’s supply chains to continue to address issues in the supply chain.

Lyons brings to the table a little over three years worth of experience leading USTRANSCOM, a Combatant Command of the Department of Defense responsible for coordinating transportation services for the U.S. military and government, from 2018 to 2021. Prior to that her served as USTRANSCOM deputy commander from 2015- 2017. His military career spans 36 years of service. He also holds two master’s degrees, one from the Naval Postgraduate School in logistics management (1993); and a second from the Industrial College of the Armed Forces in national resource strategy (2005).

The Supply Chain Distruptions Task Force was set up in June of 2021 to address “supply and demand mismatches” amid the economic recovery from the COVID-19 pandemic. Transportation Secretary Pete Buttigieg leads the task force’s focus on ports and trucking issues, among others. The Task Force’s leadership also includes Agriculture Secretary Tom Vilsack on food and agriculture and Commerce Secretary Gina Raimondo on homebuilding and semiconductors.

“The Biden-Harris Administration has made tremendous progress on addressing the supply chain disruptions we’ve seen as we recover from the pandemic,” said Retired General Lyons. “I look forward to rolling up my sleeves and continuing to engage industry, labor, and port stakeholders to improve the fluidity of our supply chains, cut down on shipping costs, and ultimately save money for the American people.”

Some of the Task Force’s signature initiatives have inlcude proposing the container dwell fee to reduce congestion at the ports of Los Angeles and Long Beach, a trucking action plan to recruit and retain more drivers, funding pop-up container yards to get goods “from ships to shelves” faster while supporting agricultural exporters, moving supply chain operators toward 24/7 operations, and launching a data sharing platform, Freight Logistics Optimization Works (FLOW), with a number of the nation’s top retailers, ocean shippers, ports, and additional stakeholders, according to the Department of Transportation.

The Task Force has also taken part in the implementation of the President’s Bipartisan Infrastructure Law, including working with the DOT and MARAD on providing record funding for the Port Infrastructure Development Program (PIDP) and America’s Marine Highway Program.

“Together, these actions are leading to progress,” the Department of Transportation said in a statement. “Long-dwelling containers at the Port of Los Angeles and Long Beach have dropped by about 50 percent since the proposed fee. The total number of container ships waiting to enter U.S. ports has dropped by nearly 50% since peaking in early February – even as containerized imports increased for most ports in March. And both the Ports of LA and Long Beach had record months in April in terms of container throughput. In addition, 2021 was the best trucking employment year since 1994. Goods are successfully being delivered to shelves and inventories excluding autos are at their highest levels in history. Further, USDOT has put out historic investments in the tens of billions to upgrade our aging infrastructure.”

“Envoy John Porcari has done a tremendous job addressing challenges at every stage of the supply chain, and goods have moved more quickly and affordably because of his actions,” said Transportation Secretary Pete Buttigieg. “Global supply chains will remain fragile as long as the pandemic continues to disrupt ports and factories around the world, and a lot of work remains to reduce shipping delays and costs for American families. We are grateful that General Lyons, formerly commander of the U.S. Transportation Command, will now take on the role of Ports and Supply Chain Envoy, working across every level of government, labor, and industry to strengthen America’s supply chains.”