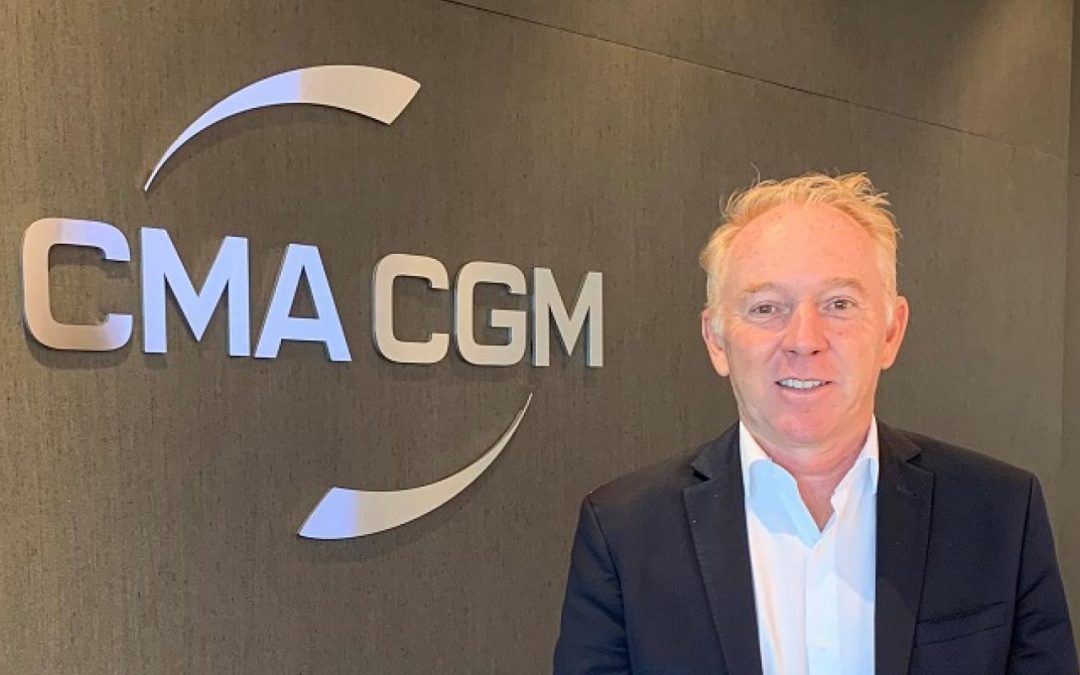 CMA CGM has been one of the pioneers in using LNG as a marine fuel and the shipowner believes it needs to act now rather than waiting for zero carbon fuels to be developed to meet its future goals on carbon neutrality.

In an interview with Seatrade Maritime News Stéphane Courquin, Chief Executive Officer of CMA CGM Asia Pacific, explained that the company has invested in LNG as fuel  as it was the best choice available today and offers further improvements in terms of emissions reductions as it develops as a marine fuel.

“The choice of LNG is now emerging as a mature energy solution from an industrial point of view, especially effective in terms of environmental protection. Today it is the most advanced solution when it comes to preserving air quality,” Courquin said.

“The use of LNG is one of our first steps to achieving the group’s goal of carbon neutrality by 2050.”

CMA CGM was the first company to order ultra-large LNG dual fuel containerships with a series of nine 23,000 teu vessels, and will have some 44 LNG powered ships in its fleet by 2024.

As to what it’s been like to be the pioneer operating LNG-fuelled ultra-large containerships Courquin admits there have been challenges but the company is happy with the results.

“You can say it was a challenge, but today you can say that it is a success. And our customers very pleased for the LNG vessels. It’s not just been for CMA CGM, but it’s been a journey for everybody onboard, but technically it’s ok, it’s going smoothly,” he explained.

The vessels mainly bunker in Rotterdam, with the ships capable of a round-voyage on Asia-Europe on a single tank of fuel. However, the first refuelling has also now been carried out in Singapore. Next year CMA CGM plans to start LNG bunkering its home base of Marseille for 15,000 teu dual-fuel vessels.

While growing in popularity, indeed CMA CGM is seeing some of its competitors following in its wake, LNG is still a carbon-based fuel and not without its detractors who believe it is a distraction from developing new carbon neutral or zero carbon fuels.

Explaining CMA CGM’s standpoint Courquin said: “For tomorrow’s cleaner air we need to act now. So, LNG is the state-of-the-art dual fuel solution that is currently available in terms of energy transition.

“It is still evolving and continuously improving and we are already talking about the second generation of LNG vessels. We need to act now, we need to actions on what is available today to move towards carbon neutrality.”

The company’s future plans involve the use of second generation bio-fuels and bio-methane and CMA CGM LNG engines can already use bio-methane produced from organic waste. “So, technology will continue to improve and this is exactly why we need to engage with all the stakeholders and preparing for long term energy transition with 2050 as a target to be carbon neutral,” he said.

In terms of bioLNG CMA CGM has joined forces with EveRé, Elengy, TotalEnergies to study the feasibility of creating France’s first production unit in the port of Marseilles. BioLNG would give at least a 67% reduction in GHG emissions from the group’s vessels on a well-to-wake basis.

The feasibility study comes under the 14 member Coalition for the Energy of the Future launched in late 2019 by Rodolphe Saadé, Chairman and CEO of the CMA CGM Group. The coalition recently added Air Liquide, Kuehne+Nagel Group and Rolls-Royce as members.

CMA CGM’s commitment to acting now can be clearly seen in it’s reduction of 4% of emissions from its fleet in 2020 over the previous year, which came on top of a previous reduction of 6% in 2019 over 2018.

As a result the company has reduced emissions per teu/km travelled by 49% in 2008, against a target of reducing emissions by 50% by 2030.

“So this is exactly where we want to be,” Courquin said. “Something I learned when I joined CMA CGM is that there is never any limit. If we can reach carbon neutrality by 2030 or 2040 we will be extremely pleased.”