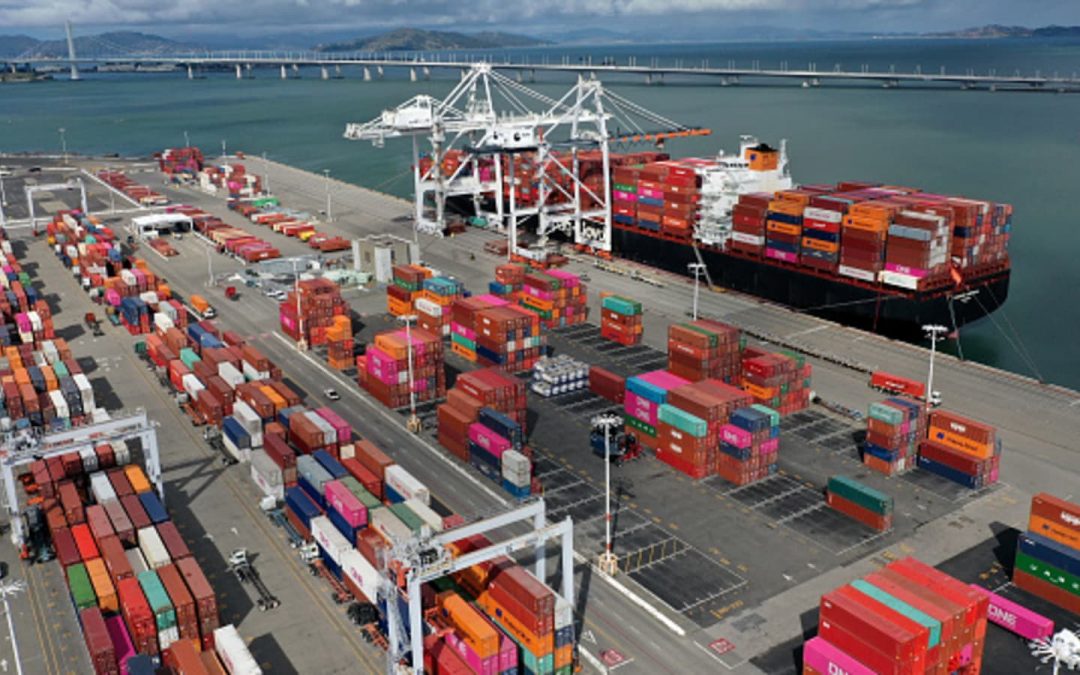 With complaints continuing that the ocean carriers have made it difficult for American companies to export their goods, regulators are increasing their pressure on carriers to ensure they are providing export services. The Federal Maritime Commission reports that it is expanding its audit program launched last summer to explore export issues while the U.S. Department of Agriculture is continuing its focus on providing more support to shippers.

The issue of exports has been one of the points of contention for months with many shippers saying that carriers are so anxious to get back to Asia that they are making it costly and difficult to export U.S. goods. They highlight the massive cargoes of empty containers being rushed to Asia which they say is at the expense of exports. They are also saying that port congestion and schedule pressures have prompted carriers to skip ports, especially in northern California meaning that growers would have to truck products hundreds of extra miles and into the congestion that has been backing up the southern California ports.

“American exporters deserve access to ocean transportation to sell to international markets every bit as much as overseas sellers get access to U.S. markets,” said FMC Chairman Daniel Maffei announcing the expansion of the Vessel-Operating Common Carrier Audit Program to also evaluate how shipping lines are serving U.S. export shippers. “If the shipping companies continue the cooperative attitude they have by and large shown the Audit Team to date, I am confident we can make progress on some of the issues that have frustrated exporters.”

The FMC is not waiting for the U.S. Congress which has also been focusing on the issue of exports both in its subcommittee hearings as well as the efforts to reform the Ocean Shipping Act. Chairman Maffei added the instruction to the audit teams for the emphasis on carrier export performance and service. Ocean carriers are now being asked to share information about the export services they offer American shippers with the FMC reporting that they will be meeting with 11 carriers to discuss their export programs.

A focus of the FMC’s expanded efforts will include shipping companies that do not traditionally operate in U.S. trade lanes, but entered the marketplace the FMC believes in response to historically high rates shippers are paying to import cargo to the United States. The companies in question will provide specific information related to vessel calls they have made to the United States since June 2021, including the number of loaded and empty containers carried on a ship’s return journey to Asia.

“All ocean carriers calling the United States have an equal obligation to conduct themselves in accordance with the law,” said Maffei. “New entrants to the market—including the so-called pop-up carriers—have all the same responsibilities as companies that have served the U.S. trades for decades. We are especially interested in how the identified companies plan to serve the U.S. export market and how those business models comply with requirements under the statute.”

The information collected in these audits, the FMC believes will provide better insight into not only market trends and performance, but where opportunities exist for individual lines to improve or increase access to service offerings.

At the same time, the U.S. Department of Agriculture is partnering with Northwest Seaport Alliance which operates the ports of Seattle and Tacoma to enhance access to a 49-acre “pop up” site to accept either dry agricultural or refrigerated containers for temporary storage at NWSA in Seattle. The new effort is designed to reduce operational hurdles and costs, meaning that containers with ag exports can be loaded quicker on ships at the export terminals.

This effort is similar to a program launched at the Port of Oakland in California early in 2022 where growers were reporting hurdles to shipping export containers. The USDA reports that it is partnering with the Northwest Seaport Alliance because it has seen a nearly 30 percent decline in the export of agricultural commodities in the last six months of 2021. USDA will be working in partnership with the NWSA’s existing near-dock facility at Terminal 46 in Seattle and the Farm Service Agency will make payments to agricultural companies and cooperatives that preposition containers filled with American-grown agricultural commodities at the “pop-up” temporary site at the Port of Seattle.