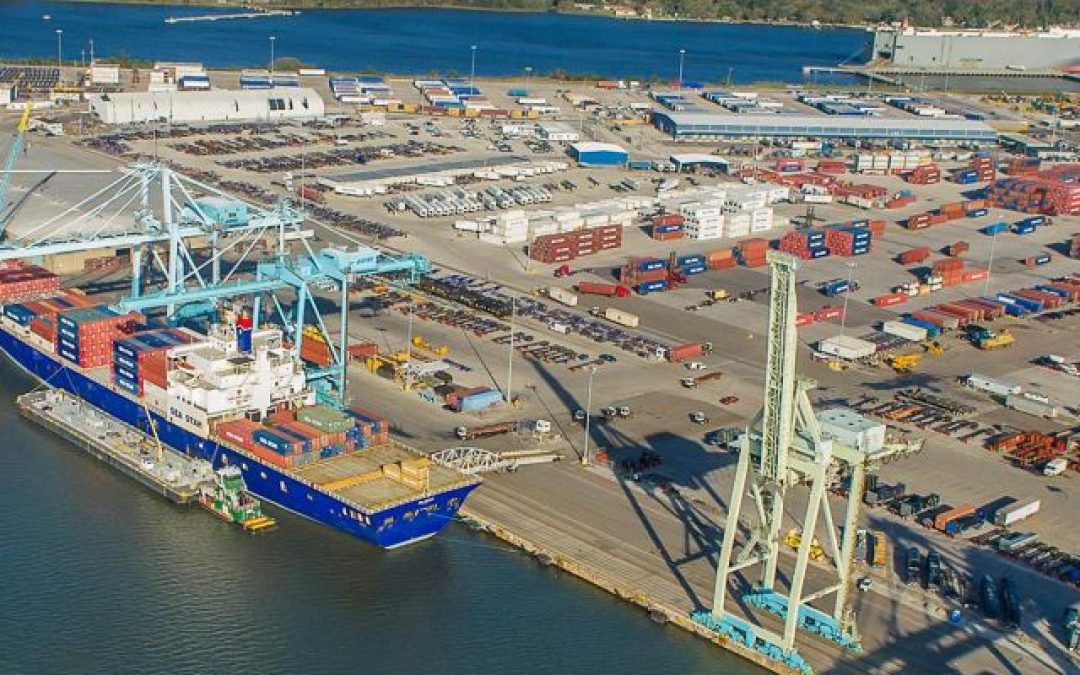 This work added an additional 213 metres of newly rebuilt deepwater berthing space. Another phase of the project, which will add a further 213 metres, is scheduled for completion by the end of 2021.

The SSA Jacksonville Container Terminal is a public-private partnership between Jaxport and SSA Marine.

Upon completion of the berth enhancements later this year, the facility will feature two newly reconstructed 363 metres container berths capable of simultaneously accommodating two post-panamax vessels. The berths are electrified to handle a total of six state-of-the-art environmentally friendly electric-powered 100-gauge container cranes, including three currently in use.

“From berth enhancements that will support more environmentally-friendly cranes to terminal improvements and a deeper harbor, 2021 will be a year of significant progress for many of our major growth projects,” said Jaxport ceo Eric Green. “These projects all work together to maximise Jacksonville’s logistics advantages for our customers and bring more jobs and business to Northeast Florida.”

The federal project to deepen the Jacksonville shipping channel to a depth of 14 metres from its current depth of 12 metres is fully funded through Blount Island, with anticipated completion in 2022, three years ahead of its original schedule. A vessel turning basin that will allow larger vessels to turn at Blount Island berths is on track to be completed by the end of 2021.

Jaxport reported that in its first fiscal quarter (financial year 2021 begins 1 October), vehicle volumes grew 7% year-over-year and container volumes were up 5% compared to the year before.

Jaxport is Florida’s largest container port and one of the nation’s top vehicle-handling ports. Dozens of ocean carriers call at Jaxport, offering competitive transit times to 140 ports in more than 70 countries.