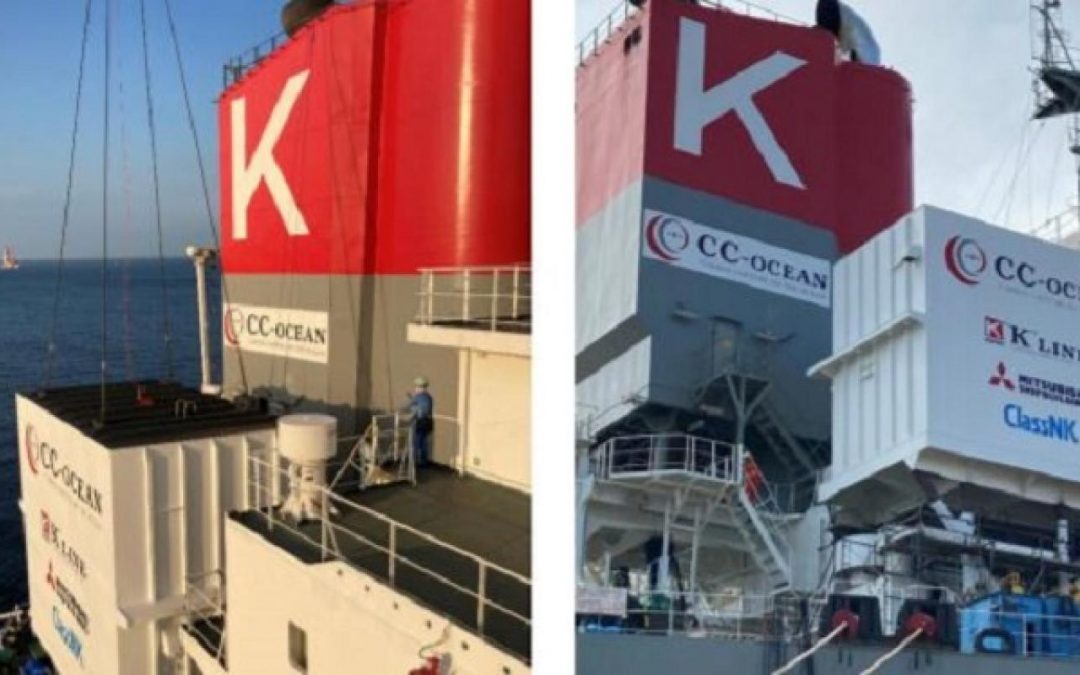 The world’s first marine-based CO2 capture plant has been installed on a K Line bulker to begin verification testing on a real-life voyage.

The three parties having conducting tests on a small-scale demonstration plant and this has now been installed on the K Line bulker Corona Utility, which is on charter to Tohoku Electric Power. The plant was installed on the vessel at MHI’s Honmoku Plant at the Yokohama Dockyard & Machinery Works.

On the first voyage after departing MHI Yokohama experts from the yard will be onboard the vessel to commission the plant and evaluate its operations at sea.

“After that, until the end of FY 2021, the ship’s crew will evaluate the operation, safety and operability of the CO2 capture plant, and will conduct demonstration tests in order to commercialize the plant such as downsizing in size and weight, efficiency of CO2 capture system with Mitsubishi Shipbuilding,” K Line said.

The project is being conducted with support from the Maritime Bureau of Japan’s Ministry of Land, Infrastructure, Transport and Tourism (MLIT), as part of its assistance project for research and development of technological advancements in marine resource development.