Fireworks, Batteries And Liquid Ethanol Among Cargoes Lost From ONE Apus 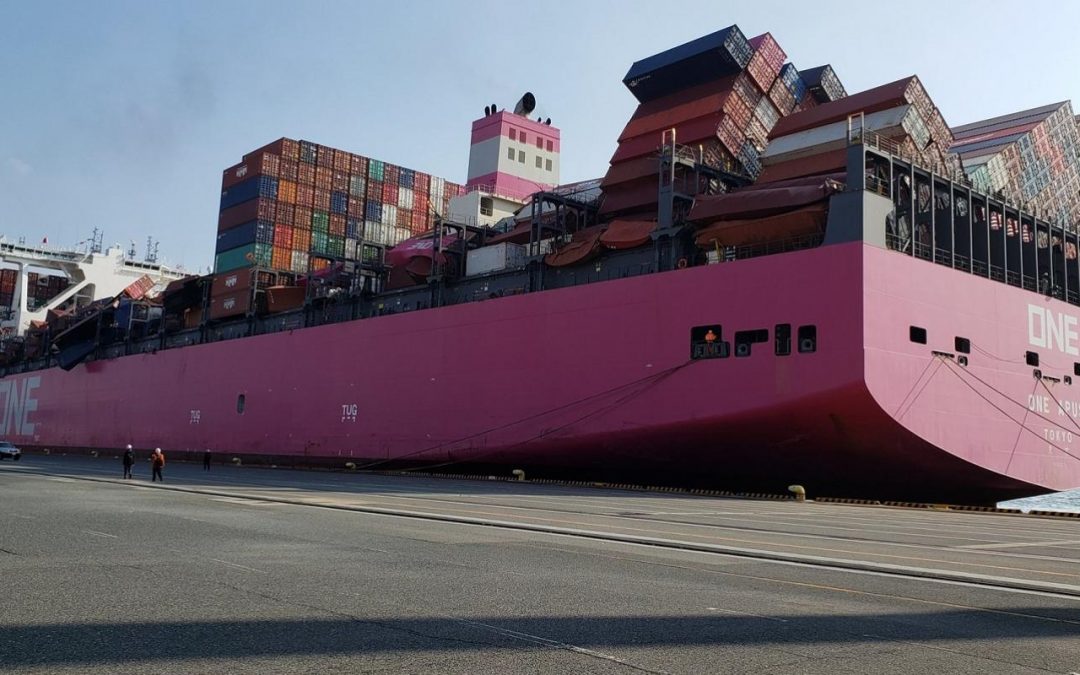 Among the 1,816 containers estimated to have been lost from the 14,000 teu ONE Apus when it hit severe weather in the Pacific on 30 November were 64 dangerous goods containers.

“A notification was sent to the JRCC in Honolulu and Guam with maritime navigational warnings subsequently broadcast. We are continuing to liaise with the JRCC in Honolulu, who has advised that there have not been sightings of any containers as yet,” the owners and managers said.

The vessel was on charter to Ocean Network Express (ONE) and sailing from Yantian, China to Long Beach, US.

Following the incident the ONE Apus turned around and headed to the port of Kobe, Japan, where it has now arrived based on photos published on social media.

“Once berthed, it’s expected to take some time to offload the dislodged containers that remain on board. Then, a thorough assessment will be made on the exact number and type of containers that have been lost or damaged,” the statement said.

It is the second incident of containers lost overboard to hit ONE recently with sistership to the ONE Apus, the 2018-built, 14,052 teu, Panama-flagged ONE Aquila suffering a loss of containers in severe weather on 30 October also while sailing to the Port of Long Beach. The ONE Aquila was diverted to the Port of Tacoma to offload damaged containers and undergo repairs returning to service on 11 November.