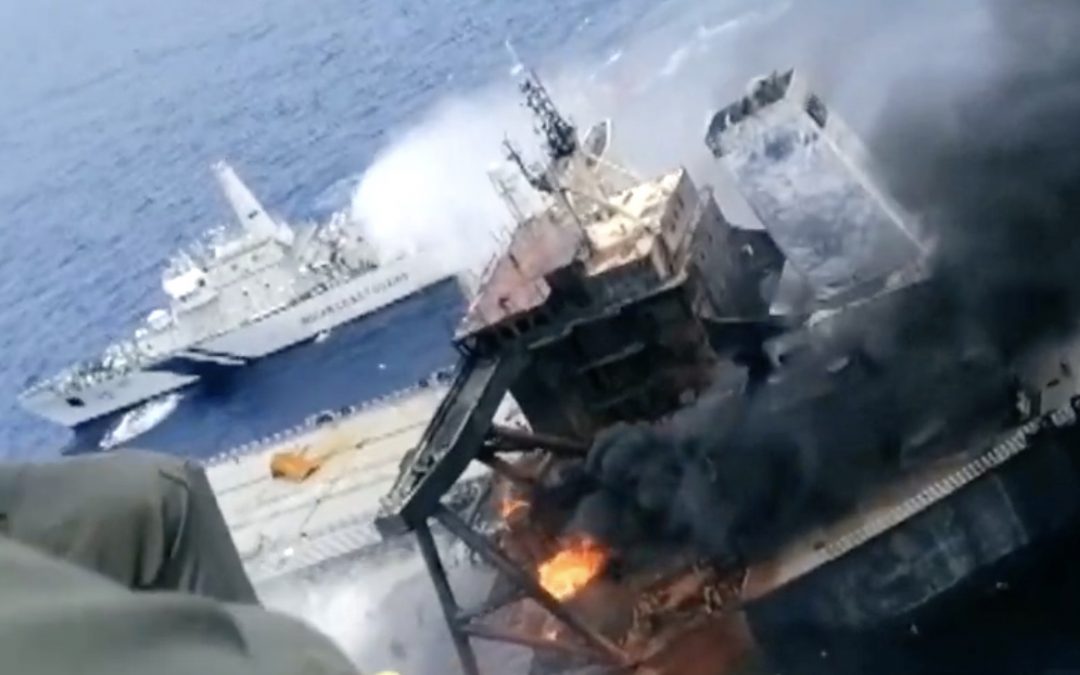 The blaze, which had initially thought to have been brought under control on Sunday after more than three days, started again on the starboard side near the funnel on Monday evening.

The Sri Lanka Navy said the fire was reignited due to high winds fanning the red hot ship.

Ships, aircraft, and tugboats belonging to the Sri Lanka Navy, Sri Lanka Air Force, Indian Navy, and Indian Coast Guard have been working all day to douse the ship.

India today sent fresh supplies of firefighting chemicals to help battle the fire on the the 20-year-old New Shipping tanker.