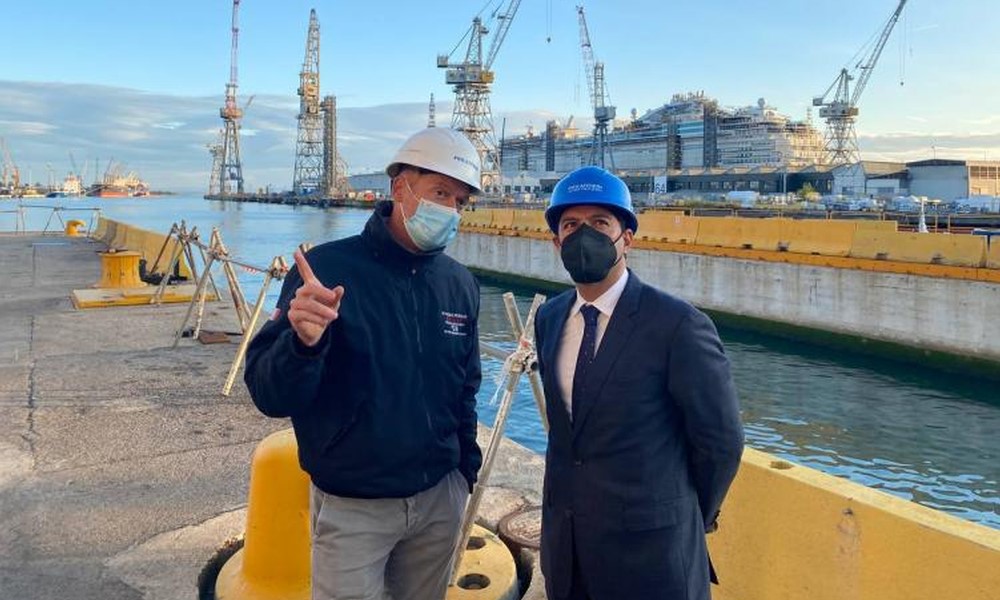 Italian shipbuilder Fincantieri has announced a $150m investment for a shipyard in Yucatan, Mexico, as part of the expansion and modernisation of the port of Progreso.

Fincantieri, with holdings in Europe, Latin America, the US and Asia, will build the shipyard that will serve as a base for the repair, remodeling and maintenance of large ships.

The project includes building two massive masonry docks to be the largest in Latin America. Fincantieri company executives confirmed the plan as Yucatán Governor Mauricio Vila Dosal toured some of their existing shipyards in Monfalcone, Italy.

In November 2020, Ficantieri signed a letter of intent (LoI) with the Ministry of Economic Development and Labour of the Yucatán State (Mexico) to participate in the design and construction of a shipyard located in the port of Progreso.  Fincantieri will be granted a 40-year concession for the exclusive management of the new yard. The shipyard will provide repair, conversions and maintenance cruise ships, large cargo vessels and oil and gas vessels

The agreement was signed remotely by the Minister of Economic Development and Labour of Yucatán, Ernesto Herrero Novelo, and by the Director of the Fincantieri Services Division, Giorgio Rizzo, respectively in the presence of the Governor of Yucatán, Mauricio Vila Dosal and the General Manager of Fincantieri, Fabio Gallia.

Fincantieri said that the project will consist of two dry-docks, the largest in the Americas, able to accomodate ships up to 400m in length. The yard will also have a lifting platform for units up to 150m in length, about 1,000m docks, cranes, workshops, special equipment, offices, and warehouses.