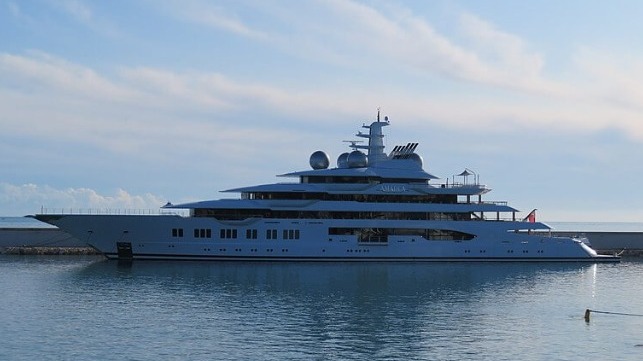 A court in Fiji has given the U.S. government permission to seize the megayacht Amadea, which is believed to be owned by a sanctioned Russian oligarch.

U.S. authorities believe that the Amadea’s beneficial owner is Suleiman Kerimov, a billionaire with ties to Russian President Vladimir Putin. He obtained his wealth through ownership stakes in state oil trading house Nafta Moskva, state-owned gas company Gazprom, top Russian gold miner Polyus and leading state-owned bank Sberbank, earning him a fortune worth about $11-14 billion. The U.S. Treasury placed him on its Specially Designated Nationals (SDN) sanctions list in 2018, and he has been blacklisted since; after the invasion of Ukraine, the UK, EU and Canada added him to their sanctions lists as well.

The invasion has dramatically accelerated the resources and willpower available for the enforcement of sanctions against Russian targets. When the Amadea entered Fijian waters in mid-April, the U.S. quickly filed a request for her seizure with Fiji’s courts.

U.S. officials believe that the yacht is ultimately owned by Kerimov, but lawyers for the vessel’s holding company, Millemarin Investments, claimed that it is owned by former Rosneft executive Eduard Khudainatov. Khudainatov is not currently sanctioned.

Fiji’s High Court ultimately ruled in favor of the American request and allowed the vessel’s seizure, though it left room for the yacht’s representatives to file for an interim stay on the ruling.

According to local FBC News, a small team of FBI agents has arrived in Fiji and will be helping local officials further investigate the vessel.